Dear Fellow Christian, it's not the Same Adoption 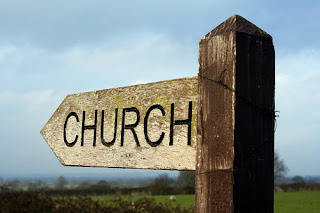 "We're all adopted!" I've heard ministers say from the pulpit countless times. The congregation would emphatically nod its head in agreement.  This never sat right with me, even as a child.  I felt somewhat belittled by this claim of false empathy to my experience.

I knew that spiritual adoption was not the same as physical adoption on earth. Christians praise God for their redemption from sin and for redemption from the impending inevitability of hell for the unsaved that sin brings.  Salvation saves a Christian from the clutches of sin and brings them home to God's family.

Perhaps when we judge single-parenthood poorly (or as second-best) and perpetuate the stigmas against being poor it is easy to make the connection of adoptees likewise being "redeemed" from something horrible.  Many Christians take physical adoption as a charge from God due to the parallel we make to spiritual adoption. I ask fellow Christians to take a closer look before deciding how what adoption means to them spiritually connects to how they view, speak about, or act upon actual, physical adoption.

Let's start where humanity's relationship with God began, for some literally and for some figuratively: the Garden of Eden.  The garden was made for God's creation, his family, for humans--the crown of all he spoke into existence.  We were created by God and communed with God.  Adam walked with God through the garden.  It is when he sinned that he was cast out.  He once belonged but now he was lost.  So much like the Prodigal Son, the lost sheep, and the widow's missing coin.  Genesis 3:15 is the first foretelling of the redeemer who would reunite God's lost family.

Christ’s ministry brought us teachings and parables expressing the same theme. We see the Parable of the Prodigal Son, which symbolized God's rejoicing when one of his children returns home to his family. This is not a stranger stumbling upon the scene and choosing to become part of the family but rather someone who was already a member of the family and chose to return.

The Parable of the Lost Sheep’s implication is no different. We see how the sheep was already one of the 100, who left the fold and became lost. The shepherd risked his life to save that one sheep and bring that sheep back into the fold.

The Parable of the 10 Silver Coins tells us of a woman who lost one of her coins and searched high and low until she could find the coin to return to her collection of 10. When she found her lost coin, she called everyone she knew to rejoice because even the one coin was as treasure to her.

The other reality that we just can't escape when comparing physical adoption and spiritual adoption the traditional way is what we say about the people who live adoption each and everyday.  Can we compare the innocent child to the sinner who is redeemed by God, although unworthy?  Can we compare original parents and families to "hell" which their children are "redeemed" from?  Finally, should we place adoptive parents in the God role to do the redeeming?  It doesn't fit; these things simply aren't kind to say.  Original parents have their own strengths and challenges as do adoptive parents.  They are human beings with their own triumphs or mistakes--they are neither "God" nor "hell."  The child, who had no choice but to be born into a world full of adult problems, has not done nothing to be "redeemed" from.

Even the reunion comparison is in its own way unfair.  It places adoptive parents in the role that adoptees must be "redeemed" by reunion from.  Either way, trying to compare something that people literally live to a spiritual concept in this case isn't speaking well to the dignity of the human beings involved.

Physical adoption, very simply, should be the coming together of families and community members to work on behalf of children.  If religion and the need to make metaphysical comparisons get in our way of making positive change in this earthly institution full of positives, negatives, ethical challenges, and loss, then perhaps we should stop making the comparison at all.