Showing posts from February, 2013
Show all

5 Things Adoptees Need to Hear from Absolutely Everyone 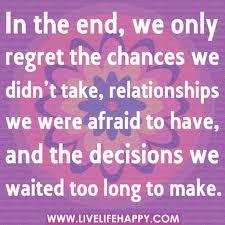 One of the things people consistently ask me is, "I have a family member who doesn't understand my adopted loved one, how can I help them understand?"  There are many ways to respond.  I could refer them to information on adoption history.  I could make them aware of adoption statistics that dispel stereotypes.  I could send them links on adoption trauma theories or identity theories.  I could reference memoirs of other adoptees that prove any given adoptee isn't alone in how they feel.  Yet I still need to ask myself, "how helpful is this to the individual and their individual situation?" Books, research, and narratives are vital components of understanding the adoption experience--especially for those who are not adopted.  There are common adoption-related thoughts, feelings, and experiences among adoptees.  However, how these things intersect in an adoptee's story differ because every story is different.  When we talk about making interpersonal re
Read more 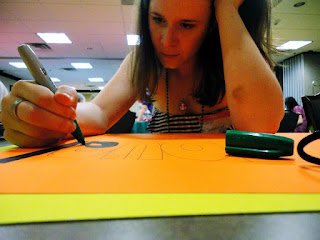 Ahhh.  The art of demonstration poster making. Bills that seek to restore original birth certificate access to adoptees are popping up all over the country.  These bills come in two general forms; "increased access" (a.k.a "compromised") and "equal access."  There's a lot of debate about these two categories and whether or not the "increased access" bills should be supported by Adoptee Rights Activists.  Many heated arguments have been exchanged between activists in both camps.  This time around I'm asking: shouldn't the exchange about the validity of "increased access" and "equal access" take place between voters, policy makers, and large adoption lobbyists, rather than becoming a line drawn in the sand between activists? It is not a question as to whether or not "increased access" bills are inadequate.  It's generally agreed that equality is what everyone wants and is ideal.  The issue is wheth
Read more

Do we Really Know What Adoptees Are Thinking? 4 Reasons why I Reunited 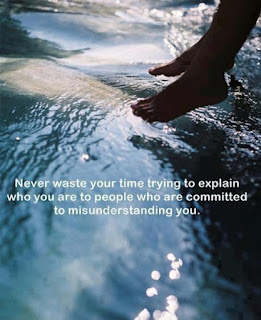 Some truth to this? Mary* was excited about her "gotcha day" each year.  "Gotcha day" is the day when adoptions are finalized, or for some adoptees, when they entered into the home of their adoptive parents.  Mary's "gotcha day" was like a second birthday, full of excitement and love.  Mary's fondness of her "gotcha day" was something I just couldn't identify with when she explained it to me.  I did not like my "gotcha day."  The year I was old enough to realize I had a special day in my family that acknowledged my adoption, I stated my preference not to observe it.  Even when a trip to the aquarium was arranged in the day's honor, I asked not to go.  "I have a birthday ," I told my adoptive mother.  And that was that. After reading this brief glimpse into the life stories of Mary and I, I wonder what people might assume about us and our experiences that led to our views on our "gotcha days."  I
Read more

Who is Entitled to my Gratitude? 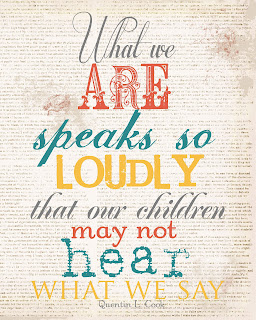 Have you ever seen an adoptee bristle, or felt yourself as an adoptee prickle, when someone mentions that adoptees need to be "grateful?"  Where does this reaction come from, and what's wrong with being "grateful" anyway?  Gratefulness is a wonderful attitude to have for life and blessings in-general. However, there's a distinct and unfortunate stereotype of "gratefulness" that adoptees tend to encounter. The "gratefulness" seen in family systems causes one generation to look with fondness and care on the previous generation, if they were well cared for by that generation. The adoption-stereotype-gratefulness takes this to an extreme.  It expects adoptees to leave things behind so as not to "upset" some invisible apple cart people imagine adoptive parents to have.  What we may be expected to leave behind are our original families, original identity, a quest for reunion or original documentation, or mentioning any personal fe
Read more

Why Conflating Adoption and Abortion Isn't Really Helping Anything 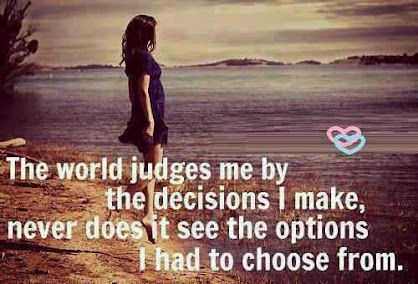 Some activists, on both sides of limiting or expanding access to abortion, tend to shy away from critically discussing adoption. Some have strong opinions that adoption is an option for unplanned pregnancy, but lack an understanding adoption's impact on those who live it. For those whose primary definition of adoption is that it is alternative to abortion, they may be hesitant to question or change adoption policies. Some go as far as to support bad adoption policies based on how they feel it may impact abortion issues.  This brings me to ask the obvious question.  Shouldn't people active within the abortion debate expand their knowledge of adoption itself, before forming their opinions? Indeed, there are pregnant people who become pregnant and do not wish to have an abortion and also do not wish to parent. However, when this becomes every pregnant person's story, we've created a stereotype. With stereotypes, we overlook the needs of pregnant people who have abo
Read more

Gross . According to Cibu International, all one needs to know about Asian culture is "karate" and "take-out."  Sprinkle in a little sexist exotification of Asian women and viola, you've got yourself an entire line of shampoos and conditioners, including a detangler called "Miso Knotty" marketed alongside an image of a completely nude "Geisha."  Apparently, anyone with a dissenting opinion on Cibu's severe lack of judgement is being deleted from their Facebook page, including women of color who are considered "radical" for their concerns.  I got to interview the adoptee responsible for the Change.org petition that asks Cibu to do the right thing and change their product names (and imagery) at Land of Gazillion Adoptees.   Head on over and check it out .
Read more
More posts