I am Adopted, Reunited, and I Changed my Name: What does that Mean to the Adoption Community? 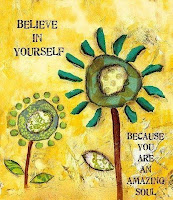 Everyone who came with a lawyer was called first.  I sat alone on my wooden bench in the court room.  The room was smaller than I had imagined and full of people.  One by one I watched as various lawyers and court petitioners approached the podium pleading closure to important issues.  The judge was kind; the corners of his eyes crinkled with his sense of humor.  He called my name and I stepped forward.  He asked me why I was here.  I requested a name change.  He asked me to state in my own words why I wanted this name change. "I want to add two family surnames to my middle name and hyphenate my last name with my maiden and married names," I replied.  He looked pleasantly surprised and expressed fondness for my names.  He stated my new name for the court without one mispronunciation or skipping a beat.   The very name that I have identified with for the past three years was official.

I finally did it.  It seems like forever ago that I arrived to the decision to change my legal name, and now it is done.  After coming to the decision myself, I sought the blessing of my original mother, paternal aunt, and adoptive parents.  A name change is a very personal decision; it helped me to ask for and receive support from my family members.  So many of my friends and family have expressed a heartwarming excitement for me and I could not be more thankful.

Mother's Day is for you too: A Letter to my Unknown Foster Mother

I was delighted to discover that one of my blog posts from last year "A Letter to my Foster Mother" was nominated for the "Best of Writing About Adoption and Mother's Day" list at Open Adoption Bloggers.  Unfortunately, sometime between when I was nominated and when the award came out, I must have taken the post down as a part of re-vamping and re-freshing my blog.  It was a post that I had intended to add some things to and re-shape.  A year has gone by since I wrote it and there are some more things I would want my unknown foster other to know, if I had the chance to tell her.  So in honor of my old post being nominated for this award, I re-release the letter for you today.

I have often wondered if you would remember me if we were to meet someday.  I wonder if I was just one child, or one baby, that you cared for or if there were many more.  How would I describe myself to you so that you would know which little baby was me?  Then I remember a story my adoptive parents told me.  They were told I did not have a name and they could not even meet you.  On the day they came to your home to take me home with them, a little boy, maybe your son, slipped into the room to say goodbye.  "Good bye, Sarah" he said.  I imagine peeking over my father's shoulder at him as we disappeared through the doorway of your home, returning that goodbye in my own way.

Exploring the Richness of Identity: My Conversation with Susan Harris O’Connor about the Harris Racial Identity Model for Transracially Adopted Persons.

I first met Susan Harris O’Connor when she and I presented together on the adoption panel at the Civil Liberties and Public Policy Conference, last month. When we spent the day together, I learned about Susan’s work and her book. Her recently published book contains five of her life narratives that she has performed before numerous audiences, including Harvard Medical School, Yale Law and Smith College.  I highly recommend it for anyone connected to adoption, regardless of your racial or ethnic background.  One piece in-particular caught my attention; her narrative had been woven around a racial identity model that she had developed for herself and to deepen the conversation around racial identity. I knew then that I had to learn more. A few nights ago, I was able to interview Susan on the phone.

I asked Susan what prompted her to write The Harris Racial Identity Theory. She told me that Dr. Joyce Maguire Pavao asked her for her thoughts on racial identity after having heard three of her narratives. “I had read most of the literature out there” Susan said. “I knew what the researchers and theorists were saying but it was missing something for me.” Then, Susan began her introspective journey; a 6 month process of evaluating her own racial identity as a transracially adopted person.
Read more! »
on May 09, 2013
Email ThisBlogThis!Share to TwitterShare to FacebookShare to Pinterest
Labels: Adoption, ethnicity, Harris Racial Identity Model, identity, race, theory