Something I Still Cry About

The other day I was at lunch with one of my favorite adoptee friends where we fell so easily into the rhythm of adoptee speak.  I cannot put into words the catharsis of getting to talk to another adopted woman where you have common ground, an understanding of each other's perceptions of adoption, and a mutual admiration where you know you will not be judged for voicing your experience.  There are no lengthy justifications for each story or opinion you share in these conversations, as an adoptee might find themselves having to do with someone who does not have this shared experience or one like it.  You simply talk; you cross over an incredible amount of information in a short period of time without ever finding it daunting.  I suspect no one at the surrounding tables or walking by would have any clue or be able to follow the conversation like we could.  You talk like two people who have known each other their entire lives.  It is simply amazing.  You leave happy to have been able to talk to another person about something that a lot of people simply do not understand. 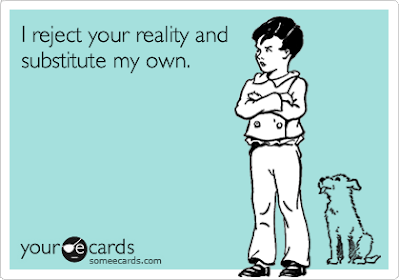 I have been becoming more and more concerned about a growing trend in U.S. society where how someone feels about someone else or something replaces all research, fact, and reason.  In fact, it almost appears as if people are encouraged and expected not to research, not to investigate, and not to question various topics at hand.  There are even political groups taking up gripes on college campuses claiming that teaching tolerance is an ideology and therefore, should not be a welcome part of college policy or curriculum.  Providing education about oppressed populations to reduce hatred is being called "indoctrination."  When did teaching students not to hate others, by providing them with facts and research that present accurate information and dispel stereotypes, become an ideology, belief system, or worse yet, a "cult?"  When did using knowledge, to solve problems that hurt people, become unwelcome in our schools?  There's an epidemic where factual information, or the desire to find it and embrace it rather, is being pushed aside and where voters expect to make laws and mandates for other citizens based on how they feel about those citizens and not based on facts or what is true.  Isn't this what Clayton Morris said on Fox (2/4/12)?  Regardless of the numbers, when it comes to election time, "it's how you feel."  This is not a political-party-thing.  This phenomena exists in all political parties where some people hold political views and views about other groups and views about other people and have not the foggiest idea why.  What's wrong with this, besides the fact that I can't imagine embracing factual information and learning something new would ever be a bad thing, is that we live in a society that says nasty things about women (yep Rush Limbaugh, I am talking about you), that believes horrendous things about the poor, that marginalizes individuals with mental illness, that treats the LGBTQ community unequally, and still has incredible racial biases (to name just a few issues).  Voting based on however we felt at the moment might be slightly more acceptable if we always thought the best of others but the fact of the matter is, we don't always.