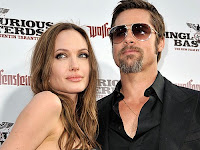 Recently the company "Four Eyes" aired a commercial with an adoption theme.  A couple (parodying Brad and Angelina), followed by gaggle of children of various races, parades into the eyeglass shop.  They are so excited about the deals at the store, they offer to adopt the clerk and give her a "better life."  By making her a part of their family, they were hoping to get preferential treatment at the eye glass shop in order to get a better deal.  Commercial ends when the clerk assures them that they don't need to be a part of the family to get a great deal.

Many in the adoption community contacted the company and asked for the commercial to be removed.  One adult adoptee received this in response from the company:


"While we certainly did not mean to offend anyone with our commercial, we of course understand what a sensitive, and sometimes painful, issue adoption can be. We have decided to... stop running the "Adoption" commercial because if we've offended one customer that's too many.

When word reached social media sites that the commercial had been removed, some commenters accused adoptees of being "too sensitive."  In reality, this portrayal of adoption was offensive and needed to be removed.  It was a stereotype, and not worth laughing about.  Children being rescued, images of wealth, and a couple on a shopping spree.  This is not the story of adoption, a stereotype, that needs to be told over and over again.