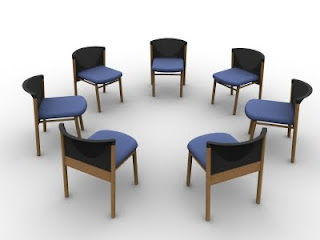 "Why do they deserve to be in his life?"  A fellow learner pondered aloud.  I was in a discussion group one day where we were evaluating the documentary "My Flesh and Blood."  The documentary chronicles a brief period in the life of adoptive mother, Susan Tom.

Susan Tom is the single mother of two biological children, two daughters adopted from Korea who do not have any severe disabilities, and 9 adopted children with a wide range of disabilities and serious medical conditions.  At least two of the children are from Russia and at least two others are involved in domestic open adoptions.  While there are many points within the documentary that could be discussed, it is the open adoptions that I want to draw attention to.  I wanted to share with you a very raw and honest look at open adoption coming from the eyes of average people who are not directly impacted by adoption.

There are two boys, Joe and Anthony, who are involved in open adoptions.  They were briefly chronicled in the documentary.

Joe
Joe, who passed away toward the end of the documentary, had Cystic Fibrosis as well as an emotional disorder.  In addition to having 12 adoptive brothers and sisters, Joe has 8 biological brothers and sisters.  Joe was placed with Susan at a young age while his original mother recovered from drug addiction.  As the years passed, they maintained an open relationship and Joe's original mother remarried.  She decided to move away because of the benefits to her new family.  Joe had a need to be loved by her, which is why Susan kept her promise to keep the relationship over.  The clip of Joe's original mother telling him that she is leaving is found here; it is difficult to watch.

Anthony
Anthony, who passed away a year or two ago during the Extreme Makeover of the Tom's home, had a condition called Epidermolysis Bullosa.  This is where a person's skin literally starts to fall off, leaving painful open sores all over their body.  Anthony's original family was featured at the end of the documentary at his 20th birthday party here, starting at 3:25.

During the discussion of the documentary and of the family, several people wanted to know why the original parents of the two boys were permitted to have open adoptions.  "I don't get it," one woman said.  "They don't do his daily medical care or take care of him, but they get to come to a party and have fun?  How is that fair?"  These individuals, who are not themselves affiliated with adoption, are asking honest questions.  They are not trying to be mean just trying to understand.

It is important to note that no information on how Anthony became adopted by Susan or why his original family couldn't care for him is mentioned in the documentary.  You see a glimpse of his original mother and she appears to be very young, and remember, Anthony is 20 years old himself.  Society seems to tend to associate "Birth Mother" with someone who is poor and unprepared.

Being poor comes with its own stigmas.  Research has shown that perceived class differences can impact how we feel about others and how we respond to them.  For example, women of humble or provocative appearance are less likely to receive help from passersby when in obvious danger than women who are dressed modestly or what one might call with more "class."  Being an original mother in itself may have caused an unintended, but automatic, negative judgement of her.  "Why does she get to be in his life when she doesn't do anything?"

This was a teachable moment.

I was happy that my professor chimed in that openness is often in the best interest of children.  And I agreed.  Too often we as adults and parents focus on the other adults and parents in a situation and think of what's "fair."  But the focus should always be on the children.  Adoption should not be about excluding and punishing an original parent for what they could not or were not given the opportunity to provide but about allowing an original parent to love their child, because the opportunity to receive love from one's original family.  Openness is not about what is "fair" to parents but about what is best for a child.

These are individuals who are learning, not trying to be mean.  But they also represent what other individuals might be thinking who may not ever have the opportunity for someone to offer them a different viewpoint.  These individuals, like you and me, are voters, and can influence legislation, just like you and me, including legislation involving adoption issues.  We fear rejection but it can bring good to speak.  It can make a difference in the lives of others, in the community, in the state, in the country, and in the world.