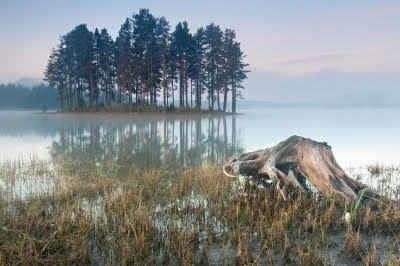 Ancestry.com advertises how exciting it is to see the little leaf pop up next to an ancestor's name on the trees you can make on their website.  The leaf leads you to all sorts of possible clues, documents, and other member's trees about your ancestor.  Oh, and they're right, it is exciting.  The little leaf things popped up all over the place when I made a family tree for my [Adoptive] Father and I traced him all the way back to the mid 1600's.  But what if a leaf never popped up for you; or worse yet, what if your name just disappeared?

Thanks to my dear friend Priscilla Sharp helping me trace my genealogy (I am reunited, but my original family didn't know all of the things she found about our family), I know I am eligible for membership in two different historical associations.  I have begun the daunting task of collecting documents spanning over 15 generations to prove my ancestry.  I was not thinking about my family or myself when I started this today though.  I was thinking about all of the adoptees who may never have the opportunity to know who they are or where they come from.

I have one original great-grandmother and one adoptive grandmother who are both adoptees.  My original great-grandmother always had her OBC.  My Aunt sent it to me and I am working on tracing her heritage.  My adoptive grandmother never had a birth certificate; born in Connecticut in 1932 and adopted in New York she only has some agency paper. She knows her birth name but doesn't talk about it.  Her leaves on my ancestry.com tree list her marriages but there's no way to trace her original heritage.  Somewhere, out there, her original family is making a tree, likely without her on it.

So I asked Priscilla if adoptees would be kept on family trees decades later when genealogists go back to document a family's ancestors.  She said it would be likely that adopted descendants would be kept on the tree "but would be clearly delineated as 'adopted' on the tree."  Thinking on these historical societies I am looking at who accept individuals biologically related (related through adoption disqualifies you) to recognized historical figures, I asked her if someone was tracing the descendants down from one of my adoptive grandfathers, would my line be followed?  She wasn't sure.

I know that if I had not received my OBC and reunited to pass on my original identity to my descendants, my descendants would trace our history and hit a wall when they get to me.  1/2 of my adoptive father's heritage is unknown and 1/4 of mine (until I get a chance to use my grandmother's OBC to trace her roots) is unknown as well.

In the state I live in, the birth certificates of adopted persons never become available.  Some genealogists will argue for their availability to ancestors after 100 years for genealogy--but isn't that a right for someone to enjoy while they're still here to enjoy it?  It's not hard to think of the needs of people down the line to want to know their ancestry but can no one fathom why a person whose heritage was taken wouldn't want it themselves?

As my adoptive grandmother told me on the phone today when I offered to help her trace her heritage "you go do yours and enjoy it.  It's too late for me now."


"Even now the sands and ashes of continents are being sifted to find where we made our first step as man. Religions of mankind often include ancestor worship in one way or another. For many the future is blind without a sight of the past. Those emotions and anxieties that generate our thirst to know the past are not superficial or whimsical. They are real and they are good cause under the law of man and God." --Judge Wade S. Weatherford, Jr., Seventh Judicial Circuit Court, South Carolina, ruling on an adoptee's petition to gain access to adoption records.