Ignoring Diversity When it Comes to Seeing Adoptees as a Group 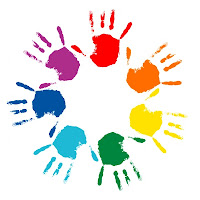 I can't help but read/hear quite often the "I know an adoptee who is 'fine' so why aren't you?" answer to an adoptee expressing that something offended them or when they attempt to offer a different perspective on something someone else is saying.  This dismissive response just makes me chuckle to myself any more, because the more adoptees I meet and talk to, the more ridiculous it sounds to me.

The reason being, we are so absolutely diverse.

Some of us, hold positive and/or negative opinions, not from our experiences, but because we've researched it.

So honestly, when someone says "oh I know an adoptee....." and they use what they think they know about that person's life to tell me that my experiences or thoughts do not count or don't have a place at the table of adoption discussion; it's a little absurd.

We are a minority group; we have our own unique challenges.  What I like about the adoptee community is that the common ground we share unites us in strengthening our voices and making a positive change in our communities and the world around us.  Individuals who respect one another can go beyond appreciating what they share in common and can appreciate each other's differences and acknowledge that we all have something to "bring to the table" of adoption discussion.  For someone, especially someone that's not adopted themselves, to turn around the strengths in our community as a way to ignore or belittle another community member....I don't know if people understand how truly dismissive and hurtful that is.

This post is part of my series for November's National Adoption Awareness Month.