Using Classism as an Affirmation of Adoption 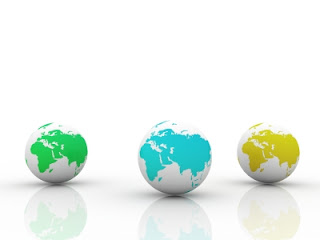 There were so many other bloggers covering Grayson's case that I didn't make mention of it on my blog yet; I read what they wrote and didn't have much to add.  But some things I have read and heard, such as in news articles, words spoken by anchors themselves, in the comments sections of news articles, topped with recently reading one adoptee blogger's summation of Grayson's case have left me wanting to make a brief posting of my own.

What bothers me is the devaluing of a father's constitutional right to nurture a child that he fathered because he has less of what society values---money.

It makes me sad to hear some adoptees chiming in that they are so glad their original family didn't raise them and then apply it to another adoptee's story.  As if Grayson's father cannot love him or care for him as much as an Adoptive Family could because when adoption is involved, the taboo is always directed at the original family and everything we can find wrong with them.  This isn't the first time I have noticed adoptees speaking poorly in wide generalizations of original families.

Things I think about when I hear certain statements.....

"I am so glad I wasn't raised by her.  My birth mother is a mess...."
Have you ever considered the impact surrendering you might have had on her?  How might her life had been different if support systems were in place?

"I don't like my birth family's values....."
Have you ever considered that you have the values that you do because you were nurtured by a family with those values....but you might have different values, completely unfazed about it, if raised by another family, simply because you wouldn't know anything different?

"I am lucky because my first family is poor...."
Have you considered you would love any family that nurtured you because you were loved and cared for, regardless of their income?  Do you only love your adoptive family because they aren't poor?

Talking about destiny reminds me of this commercial.....

The only difference between this young ballet dancer being the dancing and the one auditioning, the one serving food in a fancy restaurant and the one hobnobbing with important people at the fancy restaurant, and the one performing in the ballet and the one watching the ballet.....was how long it took for her cell phone to load before she set out on her journey that day, the few seconds the phone was delayed not allowing her to be in just the right place at the right time to meet the gentleman that connected her to her dreams.

Of course, it is only a cell phone commercial.  But it does make me think, how is any one ever to say that if "this had happened but not that, life would have been this way, not that way."  It's OK for someone to like their life how it is.  But our reasons for loving our adoptive family far surpass consumerism and wealth.  We do not need to use classism to say why we were glad we were raised by whomever raised us.  Coming to terms with adoption is an important task---but we should be kind and thoughtful in how we verbalize this.


"Obvious enough that generalities work to protect the mind from the great outdoors; is it possible that this was in fact their first purpose?"  --Howard Nemerov

This post is part of my series for November's National Adoption Awareness Month--promoting the truth about adoption.