Challenging the Idea that Oppression is the Fault of the Oppressed 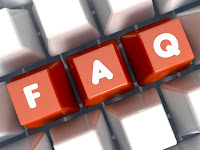 Words can hurt, can't they?  It doesn't matter what movement you are a part of, people who are resistant to change or who lack empathy can say really hurtful or dismissing things.  After a while, these things take their toll.  It's helpful to keep some simple truths at hand to uplift your spirits.

What people with privilege say to oppressed people:

"You're just having a pity party for yourself."
Or....maybe because they have a unique experience, they choose to speak from it so that others can learn and understand what the needs of their group are?

"You just want to tell people what to say and not to say."
Or....maybe that's just another way of saying that you're not willing to make the effort to refer to others in a way that is appreciated and promotes acceptance and positivity for that group.

"You're asking people to be politically correct."
Or....so what?  Political correctness is a weak gesture towards another human being.  Using acceptable language to refer to others takes a lot less effort than seeking to be kind and discovering what words others appreciate most.

We must stop making oppression the fault of the oppressed, and labeling it as their own personal flaw if they cannot find a way to "get over it."  It makes more sense to instead spread education and teach kindness than it is to apologize for ignorance so that it perpetually exists for no reason at all.  It can be really easy to be discouraged by people who simply do not understand or don't want to.  But I suppose that's what comes along with standing up for what's right.

"Correction does much, encouragement does more" -- Johann Wolfgang von Goethe