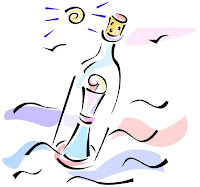 In the community that I grew up in, there were a lot of stereotypes about unwed mothers and adoption.  In my journey, I've noticed that there are a lot of adoptees who encountered those same stereotypes and there are some who have not.  Of course, the people I've met are not necessarily a representation of what  the majority of adoptees think, it does provide me with insight as to what stereotypes and issues adoptees may encounter.

I think it is very good to encourage empathy and understanding with others.  But there's a difference between encouraging empathy and telling someone their feelings are invalid because of how someone else feels.  I know my original mother has experienced adoption-related pain.  I also know that part of my hurt is knowing that she hurts; she is my mother and I love her.

I remember one of the first things an adoptive family member said to me, they specifically called me to tell me this, when they found out I was seeking reunion was to be sensitive to my parent's feelings.  I don't think anyone can really understand how hard it is to embark on reunion and then to have others enforce the concept of eggshell walking.  At times, I felt like my personal journey was more about making sure everyone else was OK than it was about me.

I will always encourage my children to share whatever they're feeling with me, even if it hurts my feelings, so that I can be there for them.  I hope that no one would ever discourage them from that.
on November 16, 2010
Email ThisBlogThis!Share to TwitterShare to FacebookShare to Pinterest
Labels: Adoption, Adoption Loss, empathy