A Quote From What I'm Reading: Ghosts in the Adopted Family 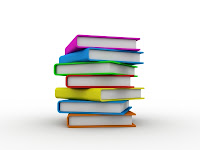 This week, I read an article by BJ Lifton called "Ghosts in the Adopted Family."  It is about therapists being aware of the invisible grief and loss that those clients impacted by adoption carry with them.  It was published in the Jan/Feb issue of Psychoanalytic Inquiry.

The portion I'd like to quote is from the conclusion of her article:


"Those adoptees already in Reunion need help in integrating their two selves—the one who grew up adopted and the alternate one who might have been" (Lifton, 2010, p. 8).

I have heard adoptees talk about their "Selves," the Self on their adopted path, and the Self as they might have been had they been raised by their biological families.  When you're not reunited and have no one to ask questions to about your original family or are only going by what the agency passed along, filling in the blanks can be difficult.  Some adoptees might not think about it.  Other adoptees might fill in the blanks with things they've imagined.  Dropping what you once thought was true but isn't, and thinking how the "would have been" and the "is" now come together, is an interesting journey, to say the least.