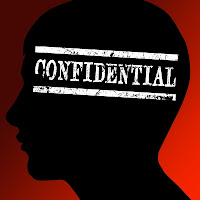 Julie is an adult adoptee who was born, adopted and raised in a closed-record state in the northeast United States. She was placed with her adoptive family as an infant through a domestic, agency-facilitated adoption in the early 1970s and has been in reunion with her paternal and maternal natural families since 1998. In addition to blogging about the issues facing adult adoptees, Julie works as a marketing copywriter and enjoys reading, practicing yoga and spending time with her husband and children. You can learn more about Julie's adoption experience and the importance of the bagel & coffee image by visiting her personal blog, iAdoptee.  I asked Julie to share something with us about her natural father, in honor of Father's Day.

My natural dad would be the first to tell you that he suffered a primal wound from losing his only child to the adoption system. He did not consent to my adoption. He wanted to marry my mother. His parents, my grandparents, supported the marriage plan and fought to keep me with them. But the year was 1971 and 19-year-old fathers did not have the right to raise their own children. My dad was a legal adult but my maternal grandparents and Catholic Chairities were allowed to place me with strangers despite the fact that he and my paternal family wanted to raise me.

Fortunately, the big plan to keep me from my father, and from being a part of my paternal family, eventually failed. My dad started seriously looking for me the year I turned 18-years-old. He became involved in natural parent support groups. He searched and just couldn’t find me. But he had left every breadcrumb imaginable and when I registered with the International Soundex Reunion Registry (ISRR) in 1998, there he was. We've been together as father and daughter for over 13 years now. He is everything a dad should be and more to me. The love I feel for him as his daughter knows no bounds.

And yet there is no record that he ever fathered a child.

I am one of the fortunate few adoptees who actually has a copy of my oh-so-elusive original birth certificate. Every section pertaining to my father on this precious document is blank. His identity was, and is, well-known to all involved in my adoption. So there is no reason for his information to be omitted from the factual, accurate record of birth. But he is not listed or included in any way. As I am his only child by birth, this means that there is no official documentation indicating that he is a father or that he has a descendant.

And yet that original, now-legally-nonexistent document was once amended to indicate that two people who had absolutely nothing to do with my birth were the ones who actually created me. But my dad--the man who did create me, who fought to keep me with him and who spent years searching for me--is barred from being acknowledged as my father on the accurate record of my birth.

I'd love to say that I don't need a piece of paper to know who my father is and in turn, to know who I am. But the truth is that I most definitely do--for him, for me and for future generations of our family.