My Ancestors Help me With my Homework 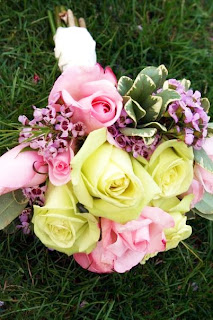 Against my better judgement, I registered to take six credits in a five week session.  I just passed the half-way mark yesterday and the two classes I'm taking, which I did not know were writing-intensive courses when I registered, are really starting to heat up work-wise.  I won't lie and say the literature class that I need to graduate with isn't a challenge for me.  Outside of Shakespeare and Beowulf, I did not have that great of an introduction to pre-modern British literature in high school.  I also have not written in MLA in six years.  When I started this, I knew this class was going to be a challenge and I had a choice: I could hang on for the ride and just try to get through it or really throw myself into it and work hard.  I chose the latter, surprising myself, because I really love the class.  So, how did my ancestors help me connect with the text?

I had to give a presentation where I basically instructed a class about the intricacies and broader implications of a poem that I had not only never read before--but had never even heard of.  I'm not an English or Literature major.  I have experience in group work but felt so uncomfortable because this just isn't my area that I know about.  I found myself explaining to my professor that I think my only saving grace here is that the authors of these texts were people, writing about other people--fictional or not, and I feel like I generally understand people.  Well, as much as people can be understood.  The collective unconscious is a great grab-bag of human experiences to pull from when you don't know how else to understand something.  That's always been my thought anyway.

I had to present on Isabella Whitney's Will and Testament (from the Renaissance period).  Whitney was the first Englishwoman to become a professional poet in England.  Her piece, in the Mock Testament tradition, is a sad farewell to her beloved London who, as the object of affection in her poem, was also the cruel lover who cast her out.  As a woman, she cannot take out a loan to make ends meet until things improve in her life.  So she simply must leave.  She says farewell to the city by "leaving" it things it already owns, buildings, churches, meat for the butchers, from relief and compassion for prisoners, and plenty of inexpensive trinkets for those that lack.  She "wills" London to change and take better care of those who love it.  Though it has given nothing to her, she leaves it her greatest treasure; her writing.  I admire her for the risks she took.  As a woman displaying intricate knowledge of public life in London, including in such an outspoken manner, she risked becoming a pariah in doing so--a woman with "loose" morals, so to speak.  I'm not sure that's a backlash against women writers that's entirely gone away.  I suppose now it just depends on the topic.

They e'ry weeke shal mony have,
when they from Bookes departe.
Amongst them all, my Printer must,
have somwhat to his share:
I wyll my Friends these Bookes to bye
of him, with other ware.

She leaves the book printers and sellers lots of customers and "wills" her friends to patron them.  Perhaps if her friends had been purchasing her work all along she wouldn't have been in the position to have to leave.  So it was then when this line finally caught my attention that I looked up the information I have on my (biological) genealogy.  Lo and behold, my great-grandparents (ten or so generations back) and their children were living in London at the time Whitney was writing.  They were a well-off family; people who would have had the time and funds to patron poets and artists.

When I'm open to it and take the time to think about and process how something, my gender, life, experiences, intersect with a new experience, I'm always amazed at what I find.  I really don't feel ashamed or somehow disloyal for embracing my biological connections anymore.  Of course, what also helped was explaining my class to my a-mom the other day who responded "oh, well you're English, right?" as if having ancestors who lived there decades ago would help me overcome the challenges this class presented.  If you know me and my a-mom you'll understand why this is a big deal.  For a long time my parents insisted I was German/French/Welsh (I am part German, actually) because they are.  Adoption placed me in perhaps different cultural traditions but it did not change my biological roots.  It's nice to be able to be like a lot of other people get to be and indulge in a moment of ridiculous giddiness over biological ancestors I've never met but are the cause of my existence.

I was still uncomfortable and out of place presenting British literature to English majors but I also felt some thread of connection to this piece.  I found myself sending hopes and wishes in that collective realm that transcends time and space that my family had purchased her work.

Whitney's Will and Testament was published in one of her anthologies called "A Sweet Nosegay."  Oddly enough, I made plenty of nosegays during my time as a florist, which helped pay for my first degree.  The photo above is one I made for a friend's wedding.