Adoption Synonymy: the Erasure of Adult Adoptees From Adoption 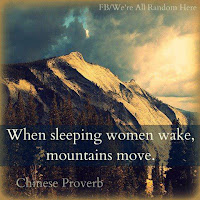 I will never forget the day my doctor said these words to me, "I didn't realize adult adoptees existed."  I had a meeting in Harrisburg about Adoptee Rights, and was suffering from one heck of a sinus infection.  After two weeks of toughing it out, I was still as oppressed by my illness as ever.  Begrudgingly, I visited my doctor to beg him for some miracle cure so that I would not be a ball of sniffles and yuck for my meeting with legislators.

When I explained to him my need for the quick visit, he responded with a puzzled look, "I didn't realize that adult adopteees existed."  He paused.  "I mean, obviously, they exist.  I've done many health exams and those sort of things for adoption applications for adoptive parents--obviously there are adoptees.  Obviously adoptees don't just disappear when they become adults.  I guess it never occurred to me that adoption would still be relevant to adults."

My reaction to his statement was one of fondness.  At least he was nice about it.  A lot of times people scrunch their faces and say things like, "you're 27 years old and you still identify with being adopted?"  Why?  Because "adopted" is synonymous with "child" and I am no longer a child.

Another thing people say is, "oh you want to change adoption?  Does this mean that you have a problem with adoptive parents?"  Why?  Because "adoption" is synonymous with "adoptive parent" and "reforming adoption" often is interpreted as "critiquing people who adopt."  You'll be surprised to know some of the strongest voices in adoption activism are adoptive parents themselves.

First of all, there are instances where people make blanket statements or engage in arguments with other people, and lines are clearly drawn between each person's position in the "triad."  Sometimes people are rude--to each other.  I am not talking about these instances.  This post is about the "synonymy" of adoption causing people to mistake adult adoptee dialogue for something else.  I think we miss out on important messages when "I want to change adoption" gets interpreted as "critiquing adoptive parents."

There are realities such as: "adoptive parents are one of the major power-holders in adoption."  As a group, they are heard more often than others.  Being "synonymous" with "adoption" is a place of power.  Being the first, and only, group of people that immediately comes to mind when someone hears the word "adoption" carries immense influence.

In history, amending and sealing was defended back in the 70's as a way to "psychologically protect" adoptive parents from the "hurtful reminder" that their children had not been born to them.  While this may be a part of adoption history, acknowledging it still does not say "adoptive parents are terrible people."  In fact, I have a huge problem with the view that my adoptive parents are overly-sensitive because they adopted and need to be tiptoed around.  That is just one of the many reasons why I work for change.  Sealed records causes these stereotypes.

Being "synonymous" with "adoption" comes with power.  But it also comes with immense pressure.  Think about it--the entirety of "adoption" is placed on your shoulders--even more so than other power-holders like agencies, lawyers, adoption lobbyists, and other entities.  Synonymy places an incredible demand on adoptive parents to be perfect, to never make a mistake, and to do the institution proud.  Having a son or daughter working in Reform indicates the "mistakes" parents made.  Parents of adult adoptees involved in Adoption Reform are at risk of being banished from the table for walking past the "synonymy" and showcasing the voices of their sons and daughters.

As an adult adoptee who is willing to be vocal about adoption, I often feel pressured to align myself with one of the ridiculous bifurcated of "sides" of adoption: "pro" or "anti."  Sometimes people just pick a side for me and tell me what it is that I think and feel.  Because I am adopted, I am asked to give the institution of adoption greater favors than I do any other institution that impacts my life.  For example, marriage is an institution, and I am married.  Obviously, marriage is not perfect.  It is filled with a variety of experiences and emotions.  With nearly half of marriages ending in divorce (and second marriages having an even higher rate of divorce than first marriages do), the institution is not perfect, and even its laws need to be examined and reformed.  For instance, the reformation of divorce laws is noted as a significant factor in lowering spousal abuse rates.  Marriage is one of many institutions that is not perfect, and it needs to be talked about.

Almost no one would have a problem with me saying, "being married can be hard," or "college schedules, the workload, and cost are nearly unbearable" (education, another imperfect institution).  Yet if I say, "this part of being adopted is hard," or "this part of adoption practice/policy needs to be changed," I am "anti-adoption" or  am "critiquing adoptive parents."  That's simply not fair.  We cannot examine a message someone sends without also examining our own reaction to it.

Ultimately, it has become a necessity for all of us in Reform--adult adoptees, original parents, and adoptive parents--to remind others that all members of the "triad" are important.  We all need to be a visible part of adoption.  “Adoption” and “adoptive parent” are not interchangeable synonyms. Adoption is an institution, not a person. As an institution, it impacts just about every vulnerable population in this world that one could imagine. Because of this, we need to be critical of it. We need to expose its flaws, discuss its triumphs, and be realistic about its global impact. We cannot mistake these things for being egregious assaults against parents who have adopted, surrendering parents, or other adoptees themselves.  In truth, there is nothing "anti-adoption" or "anti-adoptive parent" about wanting an adoption that works well, works better, and works more effectively to serve those who are connected to it.
on July 30, 2012
Email ThisBlogThis!Share to TwitterShare to FacebookShare to Pinterest
Labels: Adoption, Oppressive Language, power