Why Knowledge of my Birth is a Basic Human Right 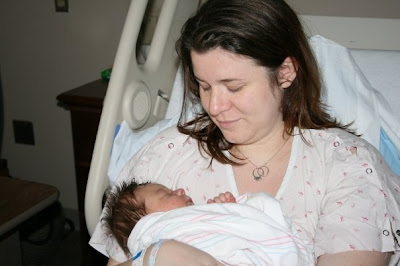 I never connected much with the concept of "birth" or being "born" when I was growing up.  Of course, I knew I had a birth, but to me it was an abstract concept that I could not concretize because I didn't know anything about it.  For a very long time, I considered adoption to be the dawn of my existence on this earth.  While I couldn't remember my adoption either, it was a real event to me because my parents, who were there, could tell me about it.  My friends' birth stories would perplex me as a child.  As my friend's mothers got pregnant and had babies, my friends would ask about their own births.  My best childhood friend's parents had pictures of her in the delivery room framed and on proud display in their living room.  When I looked at those pictures, I wondered what made birth so important?  I didn't think it was important.  I had never seen a picture of me at younger than five months of age nor did I know anything about my birth.  That fact didn't matter to me.  Or did it?

As I blossomed into a woman, the concept of birth freaked me out.  It seemed painful and messy.  I wondered if I would adopt my children or if perhaps I would have no children at all.  Life has a way of changing things once you're married and your friends start having children.  The would-be grandparents, and everyone and their mother, start asking you, "When is your turn?"  When you're young and married, that's the next logical step, I suppose.  Of course, we wanted to have children.  So we tried.  Then we tried some more.  Eighteen months went by and my doctors just shrugged at me.  I requested information on adoption from the adoption agency who had facilitated my adoption.  I read over the forms and tried to fill them out.  It made me uncomfortable; it made my husband uncomfortable too.  I decided I would never be a mother.

During this time, I also inquired with my agency for the first time about obtaining some of my original information and seeking reunion.  Already feeling disconnected from birth and biology, I did not view myself as being entitled to information about my origins.  The messages I had absorbed from society about being adopted told me that my roots shouldn't matter to me.  To some others, caring about my origins made me somehow "disloyal" to my adoptive family.  My agency gave the usual "What we can give you is limited because names were not exchanged at the time of your adoption" response.  I retreated feeling embarrassed and upset with myself that I, for a minute, thought that my pre-adoption information was anything I had a right to ask for.

Again, life changed things.  I discovered I was pregnant after eighteen months of trying and giving up.  I was happy to be pregnant and terrified at the same time.  I spent most of my pregnancy worried that my body didn't know how to carry or deliver a baby.  At five days past my due date, I finally went into a difficult labor.  When my baby boy was delivered, they placed him on my chest with our faces in such close proximity that his lips touched my cheek as he cried for the first time.

Something happened to me in that moment.  It was then that I realized, this is not my birth but his.  This is not just my experience.  It is an experience we are sharing together.  My son is here with me for this event, he is experiencing it along side me.  While he won't remember it, I will tell him about it because it's an experience that belongs to him too.

As my son is not adopted, whether I tell him about his birth or not, he will never be barred from knowing the name of his mother and father, where he was born, his verifiable true date of birth, his race/ethnicity, and the verifiable location of his birth.  These basic elements of his entry to this world, his identity, are his to know and keep.

Basic human rights are things that inherently belong to someone as a part of being human.  Things like safety, the ability to preserve one's health, freedom, equality--these are things inherent to human life that are negated when other systems and powers that be choose to take them away or make them difficult to access.

I finally connected to birth when my baby was born.  I finally realized that my own entry into this world was my birth.  I was not just her experience or her adoption process.  It was ours.  I, along with her, was involved in the same adoption system.  Those who oppose birth records access often rely on discussion framework that implies that the original parents and adoptive parents are the exclusive clients of adoption.  This argument sets up the view of an adoptee as some being that materialized in the judges chambers at the decree of adoption.  The argument does not acknowledge that the adoptee was also a part of the adoption process.  In reality, I was--and still am--a client of adoption.  I was there.  I was a physically present party to my own birth and my own adoption, yet I am expected to accept that I have no legal entitlement, no basic human entitlement, to know about it.  Did my adoption change my humanity?

The only thing that gives this idea of "anonymity" in adoption any clout is the infant adoptee's cognitive stage of development at the time.  The fact that we cannot recall in memory and words that we were there with our mothers at birth is held against us.  My identity and my experience with my mother upon birth are something that I was born with as a part of being human.  Knowledge thereof is my human right--a right legally negated because the systems and powers that be chose to seal it.  To truly defend why I cannot be seen as part of my own birth experience and am thus undeserving of the same document that records it as all others receive, you must be willing to say how I am less human than anyone else.
on August 15, 2012
Email ThisBlogThis!Share to TwitterShare to FacebookShare to Pinterest
Labels: Adoptee Rights, Adoption, basic human rights, Original Birth Certificate