Writing Case Notes & the Importance of a Single Story 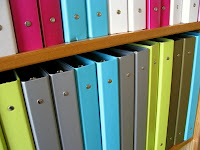 I have been working in health care and social services related fields off and on for the past ten years.  During this time, I have had countless opportunities to write case notes and read case notes written by others.  Short-hand over the years has caused health care practitioners to frame "what someone struggles with" as being "the label of who they are."  Time constraints, enormous caseloads, and character limits in data entry systems turn "Mr. Smith becomes more agitated in the evenings and benefits from reassurance and comforting" to "Mr. Smith is a 'sundowner.'"  Sometimes, shorthand is impossible to get around, but I have been trying to make a sincere effort to note in a way that explains the strengths a client uses to get around their struggles, rather than using a struggle as a label.  Why is this so important to me?

I respect that every client has a right to read their record.

When a client reads their record I want it to truly reflect how I see them---not as a list of problems that need to be fixed---but as a person with honest struggles but also strengths that can be used and empowered to overcome those struggles.  This is also why it is important to write the truth--the client has a right to see it.  The population I have typically serve, older adults, may not have many friends and family left.  The facility they live in and the employees who care for them may be their only family system.  We as their caregivers may be the only people at this time in their lives recording something about them.  This is a duty that can't be taken lightly.

I once wrote about Chiamanda Adiche's "Danger of a Single Story."  But for these single stories, little snippets of the lives and memories of clients, there is beauty.  I am honored when one of my clients shares a memory with me, especially if they are having a hard time, and we reminisce to get them through that moment of pain.  The beauty of a single story is that I have the honor of writing it for the people I serve.

As a client of adoption, I did not get to see my adoption record until I was almost 25 years old.  I asked my agency if I could see it several times years prior and was told "no."  These were my files, describing my pre-adoption life and experience, with my name on them.  They are mine.  When I finally obtained my files, it was after a long and expensive legal process through my birth state's confidential intermediary.  I had to have special permission for my own file to not be heavily censored.  I do not know very many adoptees who can go back to their agencies or other adoption facilitators and get their records.

I wanted my records for a variety of reasons.  Mostly, I wanted to see what someone had written about me during the "unknown" gap in my life.  The time period from 3 days old when I was surrendered to foster care for adoption to nearly five months old when I went home with my adoptive parents.  Just as the notes I've taken on my clients may be the only pieces of their history in that moment in time that will ever be recorded, the workers overseeing my care had the privilege of holding the narrative of a little baby girl in their hands.  What they recorded would be the only thing written or known about my history during that time.  What I received nearly 25 years later, noted on that five months of my history, was a few sentences about soy formula, sunburn, and a medical record.  The story of the bubbling baby girl was gone forever.

Some of us who have finally obtained our files know that information was not always found to be written person-first-positively.  Our mothers, our adoptive parents, and we were simply cases that needed to be "solved."  Some information between the verbal narrative from agencies and facilitators and what is found to be documented in files later on is not congruent.  When we approach legislators who are not signed-on to the idea of transparency in adoption, we have to ask--what exactly was being noted about us that we can't see?

Clients of helping professionals have a right to see what is being noted about them--why are adopted people specifically exempt from this ethical protection and the values behind it?

Yesterday, a friend won his battle to obtain the file that ethically, by all helping professional standards, always belonged to him.  When he finally received it, he did a search.  He found truth in his files that was not passed along to his adopting family.  He found noted his family's battle to try to find a way to parent him. Then, he found a grave.  My dear friend, a Late Discovery Adoptee, endured the second loss of his first mother last night.  She died 17 years before he found out her name.  My heart goes out to this friend and his family who were treated unjustly by the systems who should have been upholding their best interest.