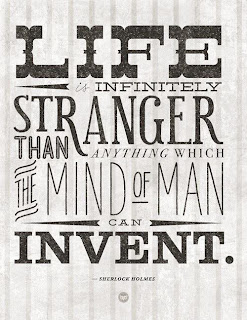 "Well, that's it then" my dad bellowed at the dinner table.  "It's your mother's fault!"  Everyone around the table, even in my grandmother, snickered as my mom shrugged her shoulders and laughingly agreed.  Everyone returned to their plates and the sounds of chatting and of utensils hitting the blue stoneware resumed.  I became lost in my thoughts about the conversation.  So much so that I narrowly missed noticing the baby slime my arm with a grubby handful of what must have been a mixture of green bean casserole and twice-baked potatoes.  How did we get here, I thought to myself.  How we go from a family where nature and biology were the giant elephant in the room to actually joking about it?  I thought that--maybe--if I could figure out why, it might help someone else.

The topic of the conversation was my math skills (or lack thereof, rather).  I had thanked everyone who helped cook.  It spared me the excessive angst of trying to multiply fractions in order to transform recipes into dishes with larger serving sizes.  And what's a family gathering without teasing me about my extreme aversion to math?  Since my adoptive family is good at math, and I now know that my original family is also good at math, it's a mystery as to why I just didn't get that knack for numbers.  So my adoptive family decided at the table that day that my mom just must have taught me math the wrong way when I was little.

It was funny because they all know why I'm bad at math.  It's not really a mystery as much as it is ironic, I guess.  It has nothing to do with my mom accidentally teaching me the wrong way to work with numbers, it's just the way my brain is.  I was evaluated in school; I was reading at a college level before I left middle school.  I could learn languages easily and even play the piano by ear.  But there were certain types of math and mathematical properties that my brain just could not compute.  In the way they were being taught, math lessons literally equated to speaking to me in a language that I could never understand.  It's not anyone's fault, it just is what it is.


Back to the change--no, improvement--to my previously great relationships with my adoptive parents.  It was always a good relationship, but now the elephant in the room is gone.  This reminds me of something.  I kept thinking at the table that day.  Then it hit me.  The "Stages of Groups" that I learned in school were just like this.

When groups meet together, it's said to go a little something like this:

New groups start out by meeting each other for the first time.  Even if members of a group know each other or have been in another previously-closed group before--they may still start at stage one.  Groups with men tend to take a stage vying for power in the group (who will unofficially guide the group--yep, even if there's an established facilitator, this still takes place.  And also establishing who will do the most talking).  In all-female groups, it's said that women usually skip the power and control stage and go right for "Intimacy" (same as "mutuality").  This is where the caring and sharing of the group starts.  Everyone is happy to be getting along.  People are overwhelmingly supportive but are hesitant to issue constructive critiques to other group members, afraid to disturb the "harmony" of the group.  When the group gets comfortable, they transition to the "differentiation" or "challenge and change" stage where they can push the comfort zone a little without fear of causing upset or experiencing rejection.  This is where group members can joke, call each other out for things like being late to meetings, and even critique each other--and accept that constructive criticism.

This was obviously not a groupwork session, but my family went through stages just like these.  Except for the "end" stages of the models, of course.

When it came to adoption pre-reunion, we were always in a sort of "mutuality" phase when it came to adoption specifically.  No one wanting to say anything else that would hurt someone else's feelings.  It was me secretly thinking of searching in my very early 20's and not saying anything because I was too embarrassed to talk about it.

Announcing my search, actively searching, and announcing my find and reunion was like hitting the "re-set" button on adoption in my family.  We started with power and control--and it really wasn't intentional.  Who was going to be in charge with how our family moved forward with this?  Who was going to have to step back to manage another person's emotions?  Or would everyone's worries and emotional needs be addressed?  My adoptive mother felt threatened and abandoned by my search.  But she also felt left out when I wouldn't update her about it.  I was initially constantly torn between my desire to search, making sure my first mother's needs were met, and hurting my adoptive parents.

But then we reached a sort of harmony.  My original and adoptive families met.  Everyone decided they weren't threatened by each other.  The cards and nice emails began.  No one wanted to rock the boat or the nice "normal" that we had found.  We went back to "mutuality."  We were talking about biology now but mostly superficially.

The "differentiation" or "challenge and change" stage has been my favorite.  While "mutuality" seems nice, no one agrees with everyone else all the time.  And feeling like you should never voice your differing opinion gets tiring after a while.  It's necessary to move on from this.  In this stage, I have been able to challenge my adoptive parents perceptions about adoption.  I've been able to invite them to events and to participate in activism they never would have previously been involved in.  And we have non-threatening inside jokes, including joking about nature and nurture, to acknowledge our family's new found comfort with our difference in the world.  Growing in this stage, to me, is coming closer and closer to being who you really are with other people.

I have no idea if these stages of my reunion were ideal.  I also have no idea how we really transitioned from one to another, only that it seemed that one stage got too uncomfortable that transition was inevitable.  Obviously not all adoptees go through stages like these with their adoptive parents.  Someday, maybe I'll research it and let you know.