Does Adoptive Family Tolerance for Differentiation Predict an Adoptee's Likelihood to Feel "OK" to Search? 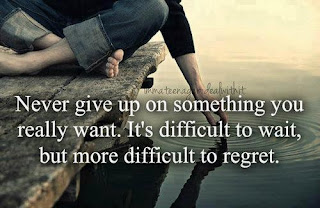 The conversation took place at this time three years ago, but I can still remember it like it was yesterday.  I was in the "searching" stage of reunion.  Although I wasn't really searching.  I was using my birth State's confidential intermediary system (CI) and my mother had already been found.  I just did not have clearance to reach out to her yet.  In the meantime, one of my friends traced my genealogy   For the first time, I held in my hands the names and histories of ancestors who were blood-related.  People who no doubt looked like me and could provide some clue to my natural abilities.  Excitedly, I told me adoptive mother who was on her own journey trying to accept my sudden quest for my roots and give it meaning in her own life and experience as an adoptive mother.  "I am English and Scottish!"  I told my mother excitedly.  But she wasn't very excited in return; in fact, it made her feel sad.

"I thought you were whatever we were," her reply was full of melancholy.

I was filled with a dozen emotions at once.  Anger, sadness, shame, defensiveness, remorse, indifference, and some others I can't describe.  My mother perceived my excitement over my biological heritage as a rejection of the family that she had descended from.  I was born English and Scottish.  I had to leave those things behind in closed adoption.  I think for the first time, without realizing it, she felt what it feels like to have an integral piece of who you are rejected.  Neither of us, until that moment, realized how important our own biological roots were to us, or how badly it felt to perceive those roots as being insulted.

In family systems theories, we talk about "the family ledger."  It's the idea that an adult son or daughter will be more likely to feel that they owe something to their parents if they felt they were well cared for in childhood.  I thought that the intersection of this concept with the adoptee "gratefulness" created a perfect storm, so to speak, that preventing adoptees who might like to search and reunite from embarking on that quest.  I think that the Family Ledger offers one possibility as to how an adoptee may personally feel.  But what about the adoptive family's foundation for the adoptee to embark on that quest to begin with?

We don't call homes "broken" anymore.  Rather, we acknowledge that families can be anywhere on a spectrum from "enmeshed" to "disengaged."  When families are enmeshed, they are close and dependent on one another.  When families are disengaged, they are more independent from other family members.  It's said it's good to be somewhere in the middle but a family's level of being more "enmeshed" or "disengaged" can also be culturally determined.

One variable that makes families more enmeshed or more disengaged is how much "differentiation" is tolerated for each family member by the overall family system.  In other words, it's how comfortable the family system is with members of the family identifying outside of the boundaries of the system.

Which is pretty much what adoptees in reunion have to do.  In search and reunion, you are in essence acknowledging your identity outside of the family system and within another family entirely.

This is why I consider my reunion a miracle.  How I went from a place of not being able to search to embracing it full-force seems like something impossible for me to comprehend unless I really sit down and mull over the pieces of it all.  My adoptive family was on the more "enmeshed" side of the spectrum.  Our boundaries were more on the rigid side, meaning we were inflexible with how we defined family.  When I got married, my adoptive mother really had to adjust to the idea of me being part of another family through marriage, and that this family would have different things about them that I'd appreciate or even adapt to my own way of life.

My adoptive parents encouraged my creative exploration when it came to certain things like sports, making friends, choosing a college major, and selecting a career path.  But they held some fundamental truths about our family:  We are politically socially Conservative.  We are Conservative Presbyterian Christians.  And these things are right and my parents expected me to accept these things.

Households that hold more strict "rules" for family members aren't necessarily doing it to be mean.  To my parents, they had a long hard road of their own personal self-discovery from their own childhoods.  My father in-particular did not have a very nice childhood, and had to struggle more than most to become the wonderful, strong man that he is today.  For them, they found a faith system and beliefs that worked and benefited them.  As parents, they felt it only right to raise me in what they believed works in order to intergenerationally transmit something positive.

But I was different.  Many of these beliefs just weren't for me.  They just didn't sit right with the way that I, personally, felt directed in this great big universe.  My parents were a little surprised at some of my differing political views as an adult.  When I first "came out" as a Liberal Christian--furthermore--a Universalist of all things, my mother was very upset.

So you can imagine how they initially felt when I grabbed hold of my pre-adoption identity and acknowledged yet another identity outside of how my adoptive family identifies.  The possibility of reunion had always entered their consciousness but the fruition of this possibility had always been somewhat outside of their personal lens on life and family.  At least it was for my mother, the emotional center of my adoptive family, who grew up in a traditional two-parent household.  Her parents were married for over 60 years.  My father was able to pull from his own childhood and unique situation of not being raised in a "traditional" home to connect with my experience.  Ultimately, this was a key part in how my family shifted and progressed and even became closer.

Perhaps it is not so much the concepts of "gratefulness" and "owing" something to the previous generation that keep adoptees who want to search from searching (or some from realizing they do want to search).  It's how they feel that their level of differentiation is tolerated by others, or should be tolerated.  Statements about "gratefulness" and "abandoning your adoptive family" are simply vehicles to drive these ideas home.