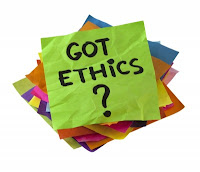 I bring to you a summary, complete with my commentary (would you expect anything less?) of yet another fascinating article I have read recently.  Authors Roby and White published a 2010 article pointing out the lack of regulation of "internet assisted adoption."

We know pre-adoption education influences potential adoptive parent’s emotional preparedness to adopt (Farber, Timberlake, Mudd, & Cullen, 2003). It would make sense to include the importance that all pre-adoption information, especially online, that a potential adoptive parent or potential surrendering parent might encounter in this. Not only in how the information influences their emotional preparation for adoption, but influences their knowledge, values, viewpoints, and attitudes toward adoption as well.

As the authors discuss in their article, there are several risks involved with the presence of adoption services online. These risks are compounded by a lack of regulation specifically when it comes to the internet. This article is a very real discussion of pre-adoption ethics and the protection of all involved in the online spectrum.

I especially loved this article because it was inclusive.  It mentioned not only issues of race but also economic factors in adoption.  Their observations were also inclusive of foster adoptions and inter-country adoptions, rather than focusing solely on the private, domestic adoption of babies.

The authors broke down the types of adoption websites there are into several main categories: "information and referral, mutual contact between families, profiles of families and children, brokerage services by intermediaries, and chat rooms."  Some websites seek to inform people about adoption, others try to connect those looking to adopt and those who might potentially place a child for adoption, profiles both of prospective adoptive parents and of waiting foster children, chat rooms for mutual aide and support, and websites that offer various adoption services but are unrelated to the actual arranging and finalizing of adoptions (e.g. home study agencies or websites with directories of lawyers and adoption agencies).

I would add a fifth and sixth category to this list: websites of reunion facilitators and websites (e.g. blogs) facilitating the telling adoption narratives.  Although, perhaps these types of websites were not mentioned, or were intended to be included in the "mutual contact between families" category, because they did not exactly fit the scope of the topic of "internet assisted adoption."

The most extensive risk of facilitating adoptions online explored by the author was potential adoptive parents' risk of being frauded by having their profiles online.  The author stated that many potential adoptive parents are new to the idea and processes of adoption and are eager to parent and start a family which makes them highly susceptible to online fraud, especially when seeking private, infant adoption.

The authors did comment several risks to potential surrendering parents.  These risks included: risk of being targeted by unethical adoption marketers online; risk of receiving bad information and making uninformed and premature decisions; risk of being manipulated by profiles or intermediaries who advertise benefits and services that do not actually exist; and the risk of adoption being financially incentivized to potential surrendering parents who are in extreme poverty.

The authors stated that internet adoption practices put children at risk of being commodified where the best interests of children are pushed to the wayside in order to deliver promised adoption services.

Consistent with the observations of Rho and Alvarado of the APRC, adoption facilitators most often get into trouble with ethics when financial fraud is involved.  All of the regulations that could potentially be applied to online adoption that were listed by the author involved financial fraud where monies are spent for services that are not delivered or the services or children who could potentially be adopted are misrepresented and money is paid for those services.

When suggesting possible regulations for online adoption issues, I love that the authors went right to already-established Human Rights framework: the Hague.  The Hague pertains to inter-country adoptions; however, the U.S. did sign this document.  The authors cite the Hague's prohibition of contact between surrendering parents and adoptive parents prior to the signing of adoption consents in order to prevent added pressure being placed in the decision-making process of potential surrendering parents.  As the authors' point out, the only regulations of adoption online are the U.S. implementation of the Hague which makes it illegal to use the internet to exploit children in adoption or as a substitute for direct adoption services.  As the authors point out, what this means, exactly, is vague and up to interpretation.

The authors synthesized the information in this discussion by concluding that this is an area of leadership for social work practice.  They stated, " The core foundation of adoption practices should rest on social work expertise and advocacy for the best interest of the child rather than on economic, political, or purely legal parameters."  Later they wrote, "Furthermore, the social work values of service, social justice, dignity and worth of the person, importance of human relationships, and integrity and competence are directly applicable to Internet-assisted adoption activities."  The authors include internet use in adoption as a part of informed consent--those who utilize the internet in adoption practiced need to be aware of the potential risks and benefits of doing so.

I am incredibly glad that I found this article.  It was published in a Social Work journal with a primary author who is both a Social Worker and a professor of Social Work in Utah.  It is a brave step forward to call into question whether "internet assisted adoption," as the authors called it, is in the best interests of children and to point out the need for further regulation to protect the human beings involved in adoption.  The regulations that develop in adoption should be based on the best interest of children and what ought to be the guiding principle of adoption: finding a home for a child who needs one.

The referenced article and this blog post do not intend to send the message that anyone who offers an adoption-related service online is doing something wrong.  But I would like to spread the awareness that we need to be developing principles of ethics, based on already-established human rights frameworks, for what is and is not acceptable online.  Then we need to hold adoption to that standard for the sake of the human beings, children, parents, adult adoptees, potential parents, and expectant parents, who may be involved.