Things People Say: "Sometimes I Wish I was Adopted!" 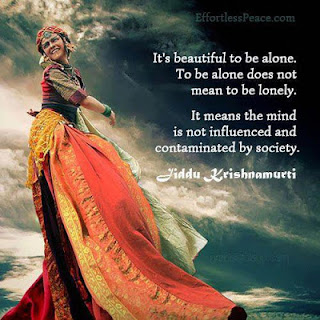 Throughout my life, I've had people say this statement to me a few times: "I wish I was adopted!"  It was said mostly in high school during times where teenage friends just didn't feel like their parents "got" them.  They viewed their parents expectations of them as biologically-based.  Their mother or father must want them to get good grades, join the track team, and stop talking on the phone late at night because that's how they're wired and they assume that's how their son or daughter is wired too.

They saw being adopted as an opportunity to be a free and unique individual in the midst of genetic strangers who would just embrace whoever you were.  It was an opportunity to be a blank canvas and invent oneself.  Of course, as I was urged to get good grades, push ahead in my high school basketball career, and was receiving my own "get off the phone!" threats even as an adoptee, I thought their perception of my life was silly.  Yep, my (totally awesome) parents still made me pay for my cell phone bill when I went over my minutes and get up on time for school too--even though I'm adopted.

According to Freud's Family Romance Theory, what these friends were saying was entirely on-target with their development.  According to Freud, in order to develop identity in that important stage of life, one must compare their parents' values with their own personal values and decide what they'd like to accept or not accept as a part of who they are.  In Freud's mind, this manifested in a sort of adoption fantasy.  A teenager might fantasize that they are adopted thinking that their imaginary rock-star first parents somewhere out there would "get" them so much better than their actual parents do.  Of course, as Freud acknowledged, there is no such fantasy for the adoptee--because it's not a fantasy.  Whether an adoptee has rock-star first parents or not, they are not imaginary, they are real.  They are real people that, depending on the level of openness in adoption, the adoptee may be able to do nothing but create fantasy--wondering if it could be real--in order to think of their first parents.

What they did when they said that to me was use their idea of being adopted to say that it's easy to be me.  To them, at least in that moment, being adopted was what defined me and my entire life.  And since they viewed adoption as a positive escape from things in their own lives they did not like, it seemed perfectly acceptable to them to say they wished they could be adopted---or in other words--that adoption makes my life better than theirs.  I have a lot of privileges in life but I don't think it's easy to be me.  I don't think it's easy to be anyone.

Of course, their words were insensitive.  Not just because they ignored the complexities of being adopted.  But because it can be hard to be just about anyone.  Some people's challenges are far, far greater than others--and I will never lose sight of that.  However, saying "I wish I could be you" in some form or another basically sends the message "you don't face challenges" or "the challenges you face aren't important."  Everyone has different challenges, some greater and some smaller.  Everyone has different resources, strengths, resilience  and coping skills.  Everyone has struggles.  We shouldn't take one element of a person's life, use it to define their entire experience as a person, and then decide that complexities they do face don't matter.  Everyone's struggles matter.

I made the mistake of believing it was easy to be someone else a few weeks back.  I have a dear friend who has so many connections and knows so many cool people.  He's well educated and has a beautiful home and kids.  He is also always posting pictures on Facebook of the restaurants he visits--and he seems to get to go out almost every single night.  Of course, here's me.  A frumpy, non-traditional college student who spends her nights running back and forth between children and trying to finalize constant school projects and papers.  Oh how I'd like to get to go out once and a while.  It turns out, he's facing a challenge right now that I honestly wouldn't want to have to face in my life.  What a sobering reality.  When people, not just teenagers, say "OMG, I wish I could be adopted," or "I wish I could be you" or "I'd gladly trade my problems for yours!" in other instances, what they most likely mean "I have a struggle in my life that I wish wasn't there."  It's probably best to just say that instead.