Why Aren't More Adoptees Putting up a Fuss About Sealed Records? 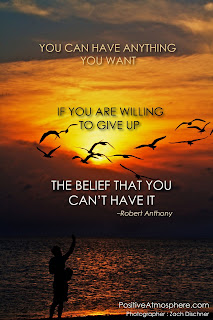 My heart nearly skipped a beat when I tore open a crisp white envelope from a mysterious medical billing company.  "You owe $800.00.  Please pay immediately."  There were two problems in that moment.  First, I did not have $800.00.  Second, I did not know who this doctor was that was billing me.  I was in recovery from an extremely painful tumor surgery, and this bill claimed to be related to my care.  After a few phone calls, I discovered that this doctor had been my anesthesiologist during the procedure.

Unbeknownst to me, the hospital, which takes my insurance, uses private contractors for anesthesiology.  The contractor does not take my insurance, and though my insurance paid them what they would normally pay one of their in-network doctors, this was not enough.  The anesthesiologist wanted the balance of $800.00.  From me.  Right now.  I was told that it was "my responsibility" to know what providers were covered before having choosing to have a medical procedure in order to avoid this in the future.  How can you choose something no one has told you about?


In the end, I did not have to pay the bill and my balance was returned to $0.  Why?  Informed consent.  I had a right to know who each of my providers would be before receiving a procedure.  I also had a right to meet with their billing departments and know the cost of my care.  I have no power to make decisions when decisions are made for me that I am not told about.  The hospital agreed with me and eventually the anesthesiologist did too.

Had I been a subscriber of the old "paternal medical model," I might not have disputed my bill.  I might have believed that I didn't deserve to have a say, or to be informed, in my care.  But I firmly believed in my right to be included in my health care decisions and I put my foot down.  No one was going to tell me any different.

Would you believe that at the same time I was first starting to talk to a post-adoption worker at my adoption agency about my records and reunion---but I didn't believe I had a right to see that file?  I was even afraid to ask for it; I didn't feel like it was really mine.

What is the difference then?  Why didn't I believe this record was mine?  My adoption file contained information about my care, including medical care, while in my foster home.  It contained my social information of my first 4.5 months of life on this earth.  Yet what my parents received when I was adopted, and what I was allowed to have from the agency myself, was a censored, cut-up, whited-out version of that full record.  I couldn't see the full record.

The first time I saw my amended birth certificate at a young age sent that message home: you have the right to see nothing.  It isn't yours.  Message sent.  Message received.

I had accepted for so long that my pre-adoption information was not mine.  I had even come to terms with it.  Truly--I had come to accept what I believed I could never change.  I did not even so much as question it until I had my son and decided that my pre-adoption information was his.  It was in that moment that my perspective was changed.  My son had a right to know his mother's history because it was his too.  No one was going to change my mind about what my child had a right to have.

When I requested my medical records from the procedure to add to my health file at home, they sent me a stack of about 40 pages, no questions asked.  No doctors or nurses names are blotted out.  No penknife, magic marker, and no white-out were taken to these records.  This information belonged to me and I had a right to see that file.  I think if I found things were whited out, blotted out, or cut out, it would have been a cause for alarm.  If you acted ethically and followed all proper laws and procedures--what is there to blot out?

But this is how our records are often treated, isn't it?  While I have, after quite a lengthy ordeal with my birth State, been given the right to my State-held adoption file, not all of the answers are there.  Huge chunks of my foster care history are missing.  I do not even have the right to know who cared for me those 4.5 months--and I am very certain they did a kind and loving job of caring for me.  Ultimately, there are some adoptees who simply don't want their records--and this is their prerogative to choose not to access them.  But what I want it to be a choice and not the bi-product of a paternalistic system that excludes adoptees from the table.  It should be, "I don't access them because I don't want to" not "I don't access them because they're not mine."

They are yours. Your records have always been yours.
on November 16, 2012
Email ThisBlogThis!Share to TwitterShare to FacebookShare to Pinterest
Labels: Adoptee Rights, Adoption Record, empowerment