Tough Conception Circumstances & How I Decided Not to Know 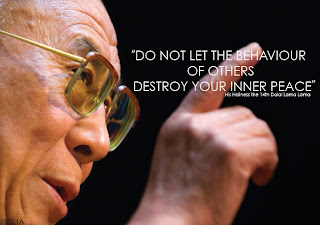 I was sitting in a small diner on the outskirts of a rather depressed town.  In between patient home visits, I munched on my sandwich while enjoying the harmony of clinking glasses, forks tapping against plates, and spoons chiming as they swirled through cups of coffee.  The stream of light that poured in from the window made my hand feel warm as the sun cast its beams across the case notes I was reviewing.  One of many news shows attempting to forecast the Presidential election was humming lowly on the flat screen that adorned the boldly painted stucco wall.  The gentleman at the table across from me was engaging a woman who was sitting across the room from him in conversation.  The TV screen broadcast something about the latest abortion debate, and a loud conversation between the two ensued.

"I do not think women should be able to have abortions.  That's a life and you shouldn't just be able to get rid of it!"  The woman called across the dining room.

"I agree!" the man bellowed back.

"Except when a woman is raped.  I mean, can you imagine how awful it is to be one of those rape babies?" he felt the compelling need to qualify his originally stated opinion.

The woman, now chewing with sandwich poised in front of her mouth, nodded her head in a fashion that suggested wholehearted agreement.

I sighed and wished the two would realize that women's privacy and choice in health care extended far beyond how terrible either of them must think it is to be me.  A person conceived from rape.

I cannot help to notice a theme in these discussions.  It's the idea that it is horrible to be this kind of person and not that kind of person, and it suggests that there are different "kinds" of people whose humanity is not equal to other humans.  In this instance it's based on conception circumstances.

So the question is often posed in other discussions, "should we tell an adoptee about their conception circumstances or about their origins if they are particularly painful?"

I mean, who wants to find out that you're in that "category" of person that made my two accidental lunch fellows that day feel so disgusted over?

Someone commented to me as such when I was campaigning and won $1,000 for the International Soundex Reunion Registry.  I was advocating for transparency and access to one's own records in adoption.  This person asked me,

"Do you want to find out you were conceived from rape?!"

They assumed adoptees shouldn't access their pre-adoption information because it's bound to be terrible.  Because human problems and tragedy somehow do not exist outside of adoption, I suppose.

Well, it's a little too late for that.  I already know about my conception circumstances and I am still a happy person with a beautiful life.  I can live just fine without this person's vote of confidence.

I responded with my classic phrase, "I am an adult.  I will decide what I am better off not knowing."

Isn't this what we should value?  Self-determination?  We should acknowledge that everyone deserves the truth, especially about their own lives, and that it's not up to others to tell us what we can and cannot know about ourselves.

I completely understand how much "I will decide what I am better off not knowing" borders on the line of "rhetoric."  For how can you decide if something was good or not good for you to know until after you've already been told?

I will argue that this is not a judgement that is made completely on hindsight.  After all, there are things that I chose not to know about my origins.

I know who my biological father is (or was, rather.  He died when I was 18).  I know my heritage from his side of the family.  I know his family medical history.  I have a relationship with his sister.  I know his age and my mother's age at the time of my conception and that it was not consensual.  I found these things out, except his name, heritage, and medical history, at the age of 14 when my adoptive mother felt that I was old enough to know.  She didn't know his name, heritage of medical history at the time or she would have told me that too.  For me, age 14 was the right time to be told.

When I reunited, my original mother told me that she felt it was important for me to be able to ask questions and to know anything about my biological father, or what happened to her, if it would bring me any closure.  My aunt expressed the same.  I asked them nothing and I think it really surprised them.  I already had closure.  I personally felt fine with the amount of information that I had.  I didn't need to know more information but please know: I was able to decide that.

Should people have wanted to hide my conception circumstances from me, I am not sure where the truth would have begun or the omissions would have ended.  Or how answers to my questions based on what was omitted could have been answered with anything but a lie or yet another omission.

When I asked about my biological father, which I rarely did, my parents would say, we'll discuss that when you're older.  When I was older, had they continued to omit what they knew, I might have felt that there was something I had to be ashamed about that they didn't want to tell me.

If I had not known that I was adopted, I never would have asked those questions.  But that would have required my parents to omit the truth or lie to me altogether.  The family medical history that would have been given to my doctors would not have actually been mine.  I would potentially have used it to make decisions about tests and my health care.  I would have never had the opportunity to seek reunion and information about my biological roots.  My children would likely have never known that their mother is adopted and would never have the opportunity to know both of their heritages.  This is a legacy that would have been passed forward to I don't know how many generations.

Not telling me the truth would have not only limited my knowledge about myself, but it would have limited my abilities to make decisions for myself due to lack of information.

Yes, there are some things I chose not to know.  Ultimately, it's not the quantity of information or the level of detail passed along that is important to me, what is important was that no one lied to me.  No one second-guessed my personal strength and resiliency in being able to handle tough information.  No one decided for me what I was "better off" not knowing.  No one side-stepped my story, tiptoed around it on egg shells, lied, or omitted huge chunks of information sending the message that I have something to feel ashamed about.  In light of none of us having post-adoption support, I am so proud of how my parents and original mother have handled my narrative.

The fact that withholding information from adoptees has become the legal norm in the U.S. sends a widespread message that adoptees, by being adopted, automatically have something to feel ashamed about.  The fact that your first answer to the request for your own information from your government or your own client file at an agency is "no.....but.....here's some red tape and bureaucracy for you to navigate.  Have a nice day" sends the message that we have something to be ashamed about and that whatever we may find probably won't be nice.  It placed unequal value on our humanity.  After all, who wants to find out they were a "rape baby?"

I do fight for transparency and truth in adoption because I believe it is the best way to ensure honest and ethical practices and uphold the civil, human, and children's rights for all involved.  Ultimately, it's not about giving people information they do not want or forcing someone to know something they do not want to know. It's about empowering them to make the choice to receive the information if they feel it is important to them.

Anyone who feels they would not handle bad news well or that a loved one would not should, of course, always seek the council of a counselor or therapist for advice and support.  As I always say, I am not a therapist or mental health professional.  I am just one adoptee and this is simply my personal opinion.