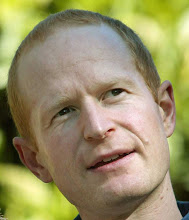 Damian is a donor conceived person, a Medical Researcher, and blogger at Donated Generation who lives in Southern Australia.  As we've chatted and read each other's blogs over time, we've discovered many shared thoughts and experiences.  I asked Damian to post as a guest here today, and to share with me his perceptions of how adoption and donor conception are similar.  By expanding my understanding on the experience of being donor conceived  and perhaps a reader's understanding too, I hope we can also expand the opportunities to be allies for each other in the quest for truth, identity, and all of our various family ties.  Building empathy for others has helped me immensely on my own journey being adopted; I wanted to share a bit of that with readers today.

What do you mean "Half Adopted?"


I thought I’d use this post to discuss some of the similarities between adoption and donor conception (DC). While there are certainly some key differences between these two things, which I won’t go into here, there are also many similarities which I will discuss to hopefully give the reader an idea of how they are intertwined. Please bear in mind that this is not meant to be an exhaustive representation of these similarities/links, so if anyone wishes to add some more or discuss these further as comments that would be fantastic. As this post is being placed on an adoption blog I will assume that the reader has an understanding of adoption and in particular the outcomes that can occur for the adoptee. Furthermore it must be stated just as in adoption, in donor conception too, there can be a whole range of emotions and outcomes for the child conceived this way, in that some are completely happy with what has happened to them and feel no loss whatsoever, and there are those at the other end of the spectrum that can be completely traumatised by it.

For those that don’t know me, yes I am a donor conceived person and I have used the phrase “Half Adopted”, as for some of us donor conceived that is how we see our family situation. In the classical sense of donor conception, we have one parent who is biologically related to us and another who is not. So in essence this non-biological parent is in fact agreeing to raise and care for a child who has been conceived by their partner and another person. In effect they are essentially agreeing to adopt this child as their own. An exception would be embryo donation in which case I would argue that that is a case of full adoption occurring prior to birth rather than after birth which occurs in all other cases of adoption.

The first and most obvious similarity between DC and adoption is the separation from the biological family. For some donor conceived people, there is a great sense of loss resulting from this disconnection. While many people might assume that we only grieve for the loss of our biological parent, for many it can be that entire half of our family tree. Like adoption, there may be unknown siblings.  There are many cases of dozens and in some instances 50 or more siblings created from one person’s donations, so not only are we having to deal with the loss of not knowing and growing up with our siblings from the donors normal procreative activities but from what can be countless donations. This unknown and intangible sibship can be rather perplexing and the numbers of potential siblings can be for some rather disturbing. As it is for many adoptees, the loss of biological relatives is not just about that immediate family but the larger family unit, grandparents, aunties, uncles, cousins etc. It is this whole family construct not just immediate, which defines who we are and that also provides us with a sense of our own culture that is indigenous to us and where we come from in this world. Things that every other person in our community are able to enjoy and value deeply but is being deprived of both adoptees and donor conceived people.

As a result some donor conceived people suffer from what is termed genealogical bewilderment, whereby their place in the world is intangible due to this loss of kinship. This is a component of the identity construction process that we all go through growing up. Adding to the problematic identity construction is the fact that one of our progenitors is not in our lives on a daily basis. The mirror of ourselves in looks, behaviors, likes and dislikes that help mould and answer those questions of who do we look like and follow after in our mannerisms and attributes. Some donor conceived people say that they look in the mirror and only see half of what is looking back at them or even don’t know what face it is they see in the mirror.

Just as adoptees may have no familial medical history to go on to help them when visiting their doctors, so too donor conceived people are unable to answer questions that their doctors may have accurately and factually. Missing half of this history can be equally damaging as missing all of it, particularly if that side of your family carries an illness or disease that you are unaware of. Both groups are being denied the ability to have full autonomy over their own health and may then be an increased burden on any health system, whereas access to such information has the potential to alleviate such problems.

There is an incredible dichotomy that seems to exist in both adoption and donor conception, whereby some feel a deep sense of abandonment and loss, but there is also a societal imposed requirement for both groups to have to feel grateful for their current situation whether that be gratitude to the adoptive family for wanting and accepting the adoptee or gratitude that the commissioning parents wanted a child so much that they went through some medical intervention to circumvent their infertility. Subsequently this imposed gratitude does not allow for either group to feel and express sorrow for their losses, what is termed disenfranchised grief. I find this dichotomy unacceptable and both groups must be allowed to freely explore and express their losses as each individual sees fit as part of their own healing process.

In some DC families there is a great deal of secrecy just as can occur in adoption. The majority of donor conceived people will never know of their conception and will believe that both of their raising parents are their flesh and blood. Secrets are toxic and erode the family’s foundation that it is constructed on. There are numerous donor conceived people who have reported that they felt as though they didn't fit somehow in their family. For myself, I am in no way like any of the people on the non-biological side of my family. It does not reduce the love I have for them; I am just not “them” (if that makes any sense). All too often this secret gets disclosed later in life when we are adults and it occurs during times of distress such as the death of a family member, divorce etc. This late discovery just adds to the pain that some of these donor conceived people feel as they realize that they have been deceived all of their lives and the reality that they had constructed about who they are has just disintegrated in front of their eyes. While for some that may have felt like something was amiss the news may be a relief. Either way the person who this pertains to will forever be changed in a way that is difficult to comprehend.

With an incredible number of people who are either adopted or donor conceived in the world who can have shared similar experiences (while still having some differences), I see it vitally important that there be a bridge between the two groups whereby they can help each other. We can only create meaningful societal and political change in his world through strength in numbers and therefore if all adoptees and donor conceived people worked together to aid each other in advocating for each other’s rights to access what is essentially the same information (accurate birth certificates, who our families are, what our health histories are etc), then we stand a much better chance for this to occur.

Ever since exploring the outcomes of my own conception, I have a much better understanding of what it might be like to be adopted. While I will never know exactly what it would be exactly like, I hope that my own experiences have given me a deeper understanding and compassion for others who have been separated from their families through whatever reason.