My 40,000 Ancestors: the Defense of Adoptee Genealogical Research 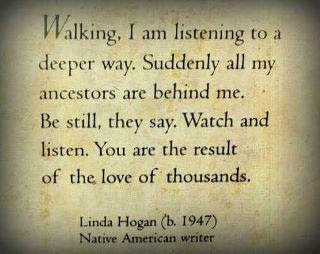 The use of the Internet to disseminate news has brought with it a new and revolutionary platform for opinions about current and historical events to be shared.  The relative anonymity that the internet provides allows readers to comment on these events in ways they might never speak in everyday life.  These comments express both what people really feel as well as harshness that few would ever unfurl before another person were they standing face-to-face.  In adoption news articles, this new reality is no exception.  Harsh feelings, double standards, and hurtful themes unfold before the eyes of the adoption community.  At times, this conjures a sense of hopelessness.  Will the general public ever truly come to understand the people of adoption?

In adoption articles, we see the public's reaction to adoption issues, and we see how the reporting itself influences and conjures biases from readers.  Articles about happy reunions, for example, carry happy, congratulatory comments.  Articles about individuals who are searching, who were rejected, or who did not want to be found elicit a much different response.  People become angry.  They want the adoptee to know how they've betrayed their adoptive family.  They call the adoptee names and remind the adoptee they "should have been aborted."  They advise the adoptee to "leave well enough alone" and stop their search.

With a heavy heart, I plead with each and every person in the public who is not adopted, examine your biases before you condemn an adopted person on an issue so close to their soul.

Searches for biological ancestors, pouring through records, and seeking oral history to guide you along the way are completely reasonable parts of being human.  If this were not so, websites like Ancestry.com would not gross well over $100 million in revenue per year.  Ancestry.com has over 1.5 million users and is rapidly growing.  Yet our biases draw a line in the sand between those who are adopted and those who are not.  Those of the 1.5+ million Ancestry users that are not adopted might be delightfully referred to as "hobbyists."  Adoptees are accused of not "letting sleeping dogs lie."

A year or so ago, I received a message on my Ancestry.com account from a complete stranger.

"Are you related to so-and-so?  They wanted to know.  "I've searched up until a certain point and cannot find the last name Thomas* that goes back farther than the past handful of generations.  Have any idea why?"

"Yes, my adoptive mother appears to be your distant cousin.  The reason the name Thomas* only goes back so far into history is because it was not the family's original name.  My mother's great-grandfather was a First Nations tribe member.  He was taken to the Carlisle Industrial School, as was his father before him, was stripped of his surname name, and pulled the name *Thomas from the lottery to replace it."

I sighed before typing out the last few dreaded sentences.

"He was told never to speak of his culture or original surname again.  And so he never did.  No one in the family knows the family name or any information beyond my great-grandfather."

I sent him my mother's great-grandfather's name.  It belonged to him too.

I was so saddened to be the bearer of the solemn news in my adoptive family's history.  I am not biologically related to them yet I still feel their historically inherited pain.  Even still, I was so honored to be the one to tell this man of his amazing heritage that he had never known of before.

I was the first person to ever tell this man--a complete stranger to me--that he descended from a great First Nations tribe.

The thought to criticize this man for his curiosity never entered my mind.  It never once occurred to me to chide him for reaching out to someone for information, whom he perceived to be an oral historian of his family.  "Go on with your life and appreciate the family you have now" never once flew my finger tips onto the keyboard.

"My genealogy is not important to me" say some in comparison of themselves to what they expect from adopted persons.  Some who say such things grew up surrounded by their genetic information, just by observation, and integrated it into their identity formation during those very crucial periods when they were young.  Everyone forms identity based on what information about their family/families that they have; some simply have less information than others to do so with.  Let's not lose compassion for what that might be like for a person.  Let's not fail to examine our own biases in adoption that cause us to have a sour gut reaction to the news of an adoptee doing what so many humans do.  Searching, seeking, and collecting the history, names, and stories that mark their existence on this earth.

I once asked someone that I consider a mentor, an expert in Jungian Psychology, if she believed that my ancestors watch out for me.  She replied kindly, conjuring a memory of a song about each person having 10,000 ancestors dreaming of them.