The View from the Outside: My Aunt Stephanie Speaks 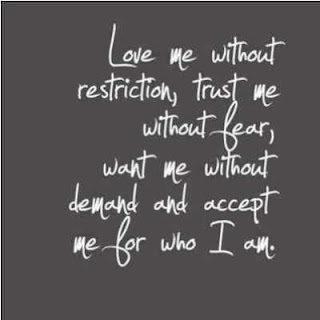 You've read the story of how I first connected with my original family on Facebook three years ago, when I finally wrote about it in this post in 2011.  What you've never seen is the story from the other side of the computer.  My aunt has been a support to my original mom and was there when my mom received that Facebook message from me.  This is the story from her perspective.

I still remember the day we decided to set up a Facebook account for my dear friend and sister-in-law. She was curious as everyone she knew had one, and asked me for help. It was a week before I could when she told me that she had a message and didn't know how to look at it. In fact, she didn't even know the person who sent it. We sat down at the laptop and opened it. We started reading it together and stopped after the first line and just looked at each other in shock. You see, my sister-in-law had given up a baby for adoption when she was 14. This unknown person was her daughter, who was now 24 years old.

Due to the circumstances of the birth, my sister-in-law had limited family support, even though she comes from a large one. I have been married to her brother for 22 years at this point. I knew the story, and I was there for her every year on the baby’s birthday. I also let her speak, and allowed her to vent whenever she needed to. Most of the family would not hear of this child, named Christen.

Christen was missed every day. My sister-in-law felt like there was always going to be something missing. She had no control over what happened with this child. As a child herself, she was told what was going to happen and that is what happened. We had many conversations about what would happen if they ever found each other, and how some tough questions would be addressed when and if that happened.

We also talked a lot about the love and guilt my sister-in-law had about giving her up. My sister-in-law had an idea in her head about how the reunion would look and sound and feel. Needless to say, life happened, and the white picket fence had yet to be built 24 years after the fact.

I read fear and hope in her eyes when we read that Facebook message, and she said “what do I do?”

After a few minutes of conversation we decided she should message her back, understand that my sister-in-law had recently been in contact with a Confidential Intermediary who was transferring info to her about her daughter. She was told that she needed to pay for contact in person and well that was something we were working on. We immediately got a message back from Christen, her family named her Amanda, and phone numbers were traded, phone calls were made, contact was established. They had the get to know you conversation, and I spoke briefly to Amanda myself that day. I could not leave my sister-in-law that day, as she was scared and unsure.

Now Amanda is part of our lives, and loved in words and in actions as much as any of her cousins have ever been.

As her aunt and support for her first mom, Amanda is everything that my sister-in-law could have been, had her life been different. I look at her and see my sister-in-law; I get all weepy whenever we talk about it. These 2 women are strong and independent, and every day I thank God for letting me be part of this, and to see a real miracle. The process has been hard, not all hugs and kisses. Everyone brings baggage. I still support my sister-in-law and now Amanda. I am mother to 2 daughters, and now my sister-in-law and I share another thing. We have amazing women who are confident and strong and excellent mothers themselves. The pride she has for her daughter shines in her.

I want to thank Amanda for allowing me to share this. I love to tell stories; this is the best story I have so far. It is also true. I am blessed to have one of the most amazing women I have ever met, who has supported me through some hard times, and the younger version of her and the potential that she had, is alive in her daughter.
on March 05, 2013
Email ThisBlogThis!Share to TwitterShare to FacebookShare to Pinterest
Labels: Adoption, Confidential Intermediary, Facebook, Guest Blogger, my family, Reunion, social media