The "Baby Veronica" Case Through the Eyes of One Adult Adoptee 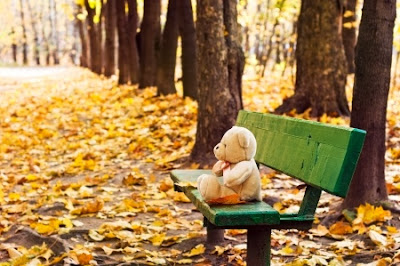 I have been watching the "Baby Veronica" case for some time now.  I have witnessed the reporting slants of various news outlets; the outrage of concerned citizens; the shock and grief of fellow adoptees; and the powerful replies of the First Nations.  I have observed some tout adoption as the right decision--not because little Veronica's father, family, and tribe are unavailable options--but based upon who legally out-maneuvered whom.  In fact, her father, family, and tribe are capable and fighting to care for her yet they have been rendered legally disenfranchised.  My heart is broken.

Recently reviewing literature on the matter, I was sad to find that unmarried fathers and original fathers are the least represented, the least researched, the least legally protected, the least considered and supported, the least heard from, and the least understood parties within adoption.  This case has exposed numerous policy gaps; Father's Rights being just one of them.  I should also note that "Father's Rights" isn't just the rights of fathers to be respected as parents and to raise their children.  It is the right of children to be raised and nurtured by their fathers if and whenever possible.  Although this is a policy issue worthy of writing I am going to unfold my own reaction as an adopted person to the case from an adoptee's point of view.  I keep asking myself, what would this have meant to me as a young adoptee?

The voices of adopted people have surfaced numerous times during this case: "my father wanted to raise me: I am Veronica Brown," they say.  The story of my own biological father is much different; I did not have a father who wanted to raise me or who should have raised me.  The Veronica case has given me the opportunity to hear from adopted men and women and the stories of their fathers whom they love.  All of us who have followed the case hold these sons, daughters, and fathers in our hearts as they share their stories. I know that, had I a different biological father than the one that I had, the concern and love for him would have been the same that I expressed for my original mother growing up.  I remember to this day the questions that I asked my adoptive parents about her and about being adopted.

"Why was I adopted?"

"Did you know my birth mother?"

"Do you think my birth mother thinks about me?"

I rarely spoke about being adopted growing up.  When I did bring it up, it was because the topic became so pressing to me I could not tolerate the silence.  I wanted others to know that being adopted wasn't always easy.  I wanted others to see the complexity that I faced and to join with me in it.  I also saw a part of myself in my original families and wanted to know if they were honored.  As I recently wrote for a special edition of Adoptive Families magazine, the fact that my adoptive family never once spoke ill of either of my biological parents was an incredibly important part of my childhood development.

There is a reason for why this is.  Children, even sons and daughters as adults, will see a part of themselves in their parents.  This is why it is so hard for adults to open up about their childhoods in therapy: they identify with their parents.  As I've been taught, one of the quickest ways of shutting someone down about sharing something painful is to so much as appear as though you won't accept their parents or validate their love for their parents.

This is an added layer of grief that needs to be highlighted in addition to the case's issues.  Not only did Veronica not receive the chance to be raised by her father, her paternal family, and her tribe, but--despite being a part of Veronica--they were insulted and denigrated along the way.  Veronica will be able to research this case when she is older; she will see the insults said about her father and the dismissive remarks about her heritage.  She will find a man who looks like her and loves her who was bashed in court and then sued for legal fees.  Veronica will see that a part of herself was not honored and respected by many involved as she deserved.

Children deserve to be honored and accepted entirely.  They must know that every part of who they are is important and therefore is cherished and held by all who are around them.  This is a sad case with layer upon layer of injustices, policy gaps, and pure grief.  When Veronica was taken from her father, a piece of the internet erupted in favor with posts proclaiming victory, "We've won!  We've won!"  As a family therapist I know and admire once said, "please know that when adults within a given system fight other adults to win, it is the children who will always lose."
on September 30, 2013
Email ThisBlogThis!Share to TwitterShare to FacebookShare to Pinterest
Labels: Children's Rights, Father's Rights, ICWA, Veronica Brown