"I do not Have to Help Them": Pushing Back Against the Apathy of Those With Power 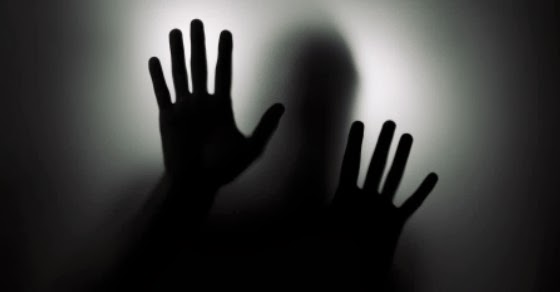 "The Representative would like to meet with you," came a young woman's voice over the speaker of my cell phone. "It is urgent. You must come to Harrisburg as soon as possible." I agreed to attend, and quickly contacted two other adoption activists. It was the summer of 2010. I was relatively new to adoption activism and knew better than to go by myself. I knew why she had called.  This legislator had submitted a bill that competed with a pending original birth certificate access bill.  After his office ignored our attempts to engage with him personally, we launched a social media campaign in opposition of the bill.  We knew he had heard our voices, yet nothing prepared me for what I walked into that day.

Joined by two other activists, I nervously sat down at the large oval table. Several Representatives were there, including the bill sponsor. He was flanked by numerous staff.  No one looked happy.

"Can you tell me what this is about?" he said sternly. "My offices received so many calls from your organization's call-to-action that our phone lines went down."

I felt brave, "We want you to withdraw your bill."

He paused and said, "Let me tell you something.  I don't have to take these calls, I do not have to help them."

One of the other activists quickly replied, "We're going to ask you to have some compassion. Not every adoptee whose records you legislate for has, through no fault of their own, any power to vote for you."

He shook his head.  I was in shock.  I understood more clearly than ever why I need to keep collaborating with Pennsylvania-born adoptees for this cause.  As an adoptee adopted across numerous state lines, I could easily be told, "I don't have to help you."

Most regular readers here are aware that I am a Tennesee adoptee who is "declassified"--who has access to my sealed identifying adoption records and original birth record.  What you might not know is that I am also a Georgia adoptee, a New Jersey adoptee, and a Pennsylvania-voting adoptee.  Although I was born in a state that ranks in the "top ten" with best records access, actually receiving that right isn't straight forward.

The fact is, Tennessee didn't have to help me.  I was born and fostered there.  But I was not adopted there--and that distinction is important.  According to the Tennessee Department of Health,


If you were adopted in Tennessee, requests for access to information about your adoption and copies of your sealed adoption records should be directed to the Tennessee Department of Children’s Services.

If you were born in Tennessee but adopted in another state, the Tennessee Office of Vital Records will require a court order to open and release your original birth certificate and other information from the sealed file. The court order should come from either the court in which you were adopted or the Chancery Court in Davidson County, Tennessee (cite).

My adoption was facilitated through Georgia and I was legally adopted in New Jersey.  Neither state holds my original birth certificate or pre-adoption information which puts me back in the "court-order only" (a.k.a. "denied") camp.  I turned to the Tennessee Department of Children's Services anyway in hope of receiving something.

When I watched Closure, the documentary that captured Angela's reunion, I could see how unjust state policies can be replicated in agency practice.  Most specifically in the scene where Angela accompanied her original mother to the adoption agency to obtain information about her original sister who was also born in Tennessee and adopted across state lines.  The adoption worker, an affluent white woman well versed in the legalities of adoption, holds the identifying record of the other surrendered daughter.  As tears stream down Angela's mother's face, the worker refuses to tell her anything identifying.  At both screenings of Closure that I attended, I sat next to an original mother--one from a closed BSE era adoption, one young mother from an open adoption.  During this scene we instinctively grabbed each others hand, and interlocked our fingers so tightly our knuckles grew pale and our fingers red, each searching for breath between tears at the witness of a mother and an adult adoptee be denied their kin and blood.

Apathy is an issue we face in every aspect of adoption policy.  Often this comes in the form of "well anyone could face that; it's not an adoption issue."  We hear people argue that adoptee filicide cases are allegedly statistically insignificant in adoption and are a problem exclusive to the family that murdered a child.  They neglect to acknowledge that these families were certified as "safe" to adopt--just one of many compelling reasons as to why this is an adoption issue.  We see people look the other way when adoptees are deported.  We hear that this cannot be an adoption problem because their parents should have obtained citizenship for them.  Yet it is our policies that allow individuals who were adopted to the U.S. to be denied their right to citizenship--and that this alone, among many reasons, makes this an adoption issue.

I cannot tell you all the ways in which we can push back against apathy because I myself am still being taught how to push back both against oppression and against my own privilege.  I can tell you that pushing back is necessary.

I have learned to never underestimate the power of speaking up for what's right.  I have learned the value of human connection and solving problems by working to see the needs and interests of others as my own.  I have learned the importance of using my voting power in the state in which I live to advocate for those who do not live here but are affected by policies made here.  I know I must do this, not simply because, in the midst of all of my privileges, I have experienced in one way what it is like to fall into a policy gap.  I must do this because I am a member of this community.  I am learning that I am imperfect and will make mistakes, and that my own privilege can get in the way of progress.

Lastly, I believe that we should never underestimate the power of clasping hands, shedding tears, and bearing witness.  There is immense power and healing in our relationships, and our ability to say to one another "you are not alone" or "you will not be forgotten."  As a friend I admire commented about the death of Hynu-su, we cannot let ourselves look away.  Connecting and bearing witness leaves no room in our hearts for apathy to grow.