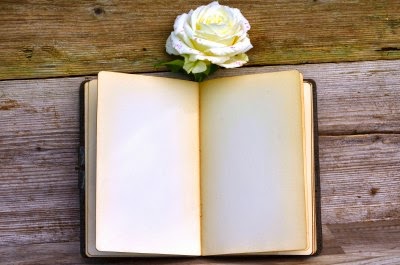 Recently, the New York Times Motherlode blog posted an essay by author Tina Traster entitled, "You're not my Real Mother."  The essay processed her gut reaction to hearing the infamous "you're not my real mom" phrase from her daughter.  Traster retorted "well who is then?" and directed her daughter never to say the phrase again.  Traster described her own hurt feelings while disclosing her daughter's adoption narrative and Reactive Attachment Disorder (RAD) diagnosis to readers across the globe.  Her daughter's narrative and diagnosis are also embedded in the premise of her book Rescuing Julia Twice.  The reaction to the article exposed sincere concern in the readership regarding the level of information-sharing on the child's behalf in the article.  One Motherlode reader conversely posed the question: shouldn't parenting essays show the challenges of parenting, including a parent's raw and honest revelations however imperfect they may be?

In this entry, I will not comment on the RAD diagnosis (or diagnoses as reflected in the DSM-5) or that how it is popularly portrayed and understood often varies dramatically from the diagnostic criteria.  Rather, I want to respond directly to the above question by explaining specifically why RAD narratives like Traster's are troubling to me.


What do I mean when I call stories like Traster's as one among countless "RAD narratives?"  It has to do with the fact that these stories reinforce the dominant adoption discourse where adoptees and first parents are the topics of discussions that distance the reader from understanding by pathologizing them and issuing second-hand disclosure of their lives.  Rather than being informed of what relational trauma and attachment disruption are like from the perspective of a person who experienced it, these particular narratives tell the child's story on their behalf and the child's role is that of a problem to be solved.  To be rescued.

Adoptees as Rightful Narrators
Adoptee narratives are not road maps to guide the public processing of parenting issues.  One could argue that Traster's essay sought to process how "You're not my real mom" is experienced by her as an adoptive mother.  However, disclosing deeply personal details about an adopted child's story on a national platform is not necessary to accomplish this.  Alternately, could the essay teach us what "You're not my real mom" means to an adoptee?  Even so, as Angela Tucker stated when addressing the stories of transracial adoptees being told by others, no one needs to guess what being adopted is like because adoptees can tell their own stories (cite).

The Narrative Keeper as Sacred Duty
Adults hold memories for children while children are still too small to hold them themselves.  The most treasured understanding of my past that I have--my ancestors' stories, my birth, my adoption, my earliest years of life--came to me through the stories of those who know me and cared for me.  A common narrative theme among late discovery adoptees is that their early childhood stories surrounding adoption were not told to them but were disclosed to other family members and friends--a discovery I have heard labeled many times over as humiliating.  Although the adoptees in the RAD narratives may know they are adopted, discovering the world at large is as informed--or more so--of the intimate details of their lives and mental health as they are is potentially incredibly humiliating.

Diagnosis as Narrator
In these RAD narratives, we hear the parents explain in their own voice the rationale behind their thoughts, words, and actions.  Diagnosis takes the place in the story where the perspective of the child should be and explains why the child thinks, speaks, and acts how they do.  In Traster's article, her child assumes the pathologized role despite the interaction involving emotional responses from two people.  Her daughter's words were assumed as part of her RAD diagnosis rather than being acknowledged as something common for adoptees to say.  John Briere once said that diagnosis without criteria is done to avoid seeing how our reaction to another person involves us; it allows us to say "it's not me now, it's you" (cite).  Although his words were directed at psychotherapists, something similar plays out in everyday society; it's easy to say "something is wrong with you" to deal with how another person makes us feel.

Diagnosis as Meaning-Maker
In this timely piece, Karen Pickell and Matthew Salesses push back against meaning-making on the adoptee's behalf in these RAD narratives by unfolding what the attachment conversation might look like with the child as narrator.  For me, I never said, "You're not my real mom" as a child.  Instead I said, "I don't have a mom" during moments when I was upset.  You can only know what this means if you ask me.  Have those around us considered from our own inner emotional experiences as children what it might be like to worry about not having a mom?  That adoptees may themselves struggle with feeling real at times in their lives?  That early losses are so intensely difficult to put succinctly and articulately into words that others will understand even when we are adults?  Rather than being listened to and accepted, children are expected to decipher what adults want to hear in order to voice their stories in ways others will listen to and accept.


Back to the question that prompted this blog entry in response, it is possible to be real, raw, and honest with oneself as a parent without discussing a child’s deeply personal and private issues from a national platform.  As an adult adoptee who was fostered and adopted as a child who is growing to become a listener and guider of narratives, I make it regular practice to share my own narrative with others.  Even so, there are details of my story that I do not publicly share with others.  As the owner and rightful narrator of my story, this is my choice.  This is the adoptee’s choice.  As a mother and writer, I carefully choose how I tell my story where it intersects with the stories of my children because I do not want to eliminate their choice in telling, or not, details of their own lives.  To advocate for today’s youth, whether adopted or not, we must recognize and honor their prerogative to control the story of their lives.  To witness, to ally, to companion adoptees is to want to hear their story in their own voice.