My Story: Before I was Adopted 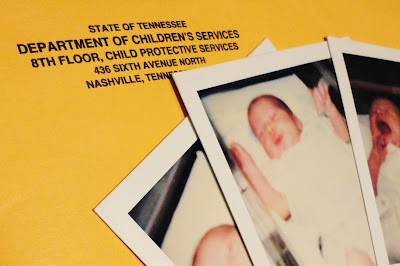 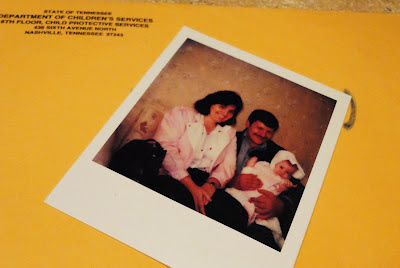 They were given a slender folder with my agency narrative. This file contained a few bits of information from the agency and a one-page heavily censored narrative that described my original family. Almost unnoticeable in the file was a tiny scrap of paper my foster mother had slipped inside. On this note, she had written my birth statistics with very faint pencil lines.
High school continued on for my first mother. My biological father was prosecuted for his crime. He did not receive the full sentencing that he deserved. My new parents offered a sample of my blood to the agency to pass along, but were told it was not needed. The agency told the district attorney that my new parents had refused to cooperate. For the next 25 years, my first mother would carry the agency's words, that my new parents thought the DNA request was "inappropriate."
I received the third name of my life thus far, at 8 months old. My parents named me "Amanda" which means "worthy to be loved." My middle name was JoAnn, which means "Gift from God." The agency pressured them to adopt soon after. They could not afford to. I was raised an only child.
I do not think it was ever intended for me to know this story. At the time of my birth, my birth and adoption records were supposed to be forever sealed. When I was in the 9th grade, hundreds of miles away, activists in Tennessee changed that law. They made it so I could find my information, so that I could find my first mother, and so that I could fit the pieces together.
Now I'm the one that gets to tell the story.
----------
Want to hear the spoken version of this article? Check out the episode page. Comments are closed on my blog to direct discussion traffic all to one place. Come visit this thread on my Facebook page to give your reactions to this article or the podcast episode and share your thoughts.
I have been providing free content at The Declassified Adoptee for over 11 years now. I am no longer able to keep up at the pace I once was without some financial backing. Sharing my content on social media is always appreciated - thank you! If you'd like to support me financially, my Cash App is $amandatda and my PayPal.me is here. I have an Amazon Wishlist too. Your support also frees up my time to continue behind the scenes helping other adoptees with their policy change, community organizing, educational, and writing journey. Thank you!